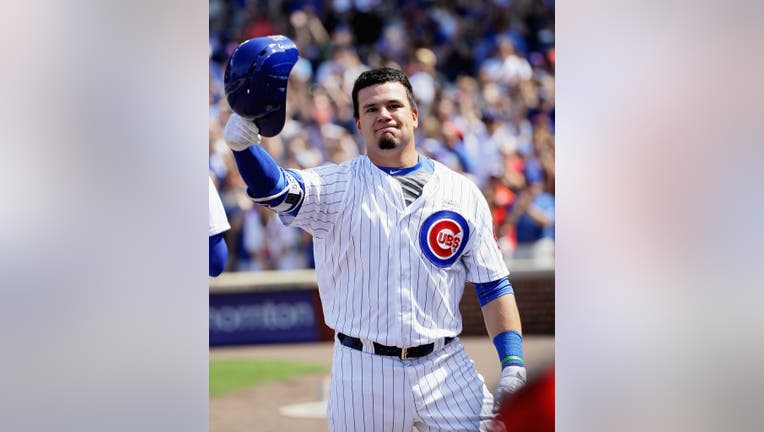 CHICAGO, IL - JUNE 03: Kyle Schwarber #12 of the Chicago Cubs tips his helmet to the crowd after hitting a grand slam home run in the 7th inning against the St. Louis Cardinals at Wrigley Field on June 3, 2017 in Chicago, Illinois. (Photo by Jonathan

CHICAGO - On Wednesday, Kyle Schwarber became a free agent after the Chicago Cubs declined to offer him a contract for the upcoming season.

Schwarber took to Twitter to thank fans for his time in Chicago, and specifically at Wrigley Field.

"I want to thank all the fans for the overwhelming support these past 7 years of being in the organization. It never got old running out to left and being able to give you guys a salute," Schwarber said in the tweet.

Schwarber was drafted in 2014 by the Chicago Cubs in the first round. He was a part of the 2016 team that went on to win the World Series, which the team hadn't won for 108 years.