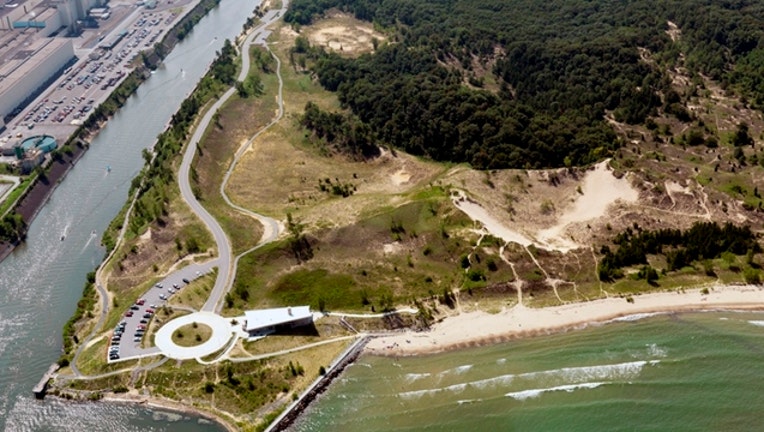 PORTAGE, Ind. (AP) - Environmentalists are questioning why the public wasn't notified about an October chemical spill into a Lake Michigan tributary that U.S. Steel asked Indiana regulators to keep confidential.

Documents released by the University of Chicago's Abrams Environmental Law Clinic show that U.S. Steel's plant in Portage, Indiana, released 56.7 pounds (25.7 kilograms) of chromium on Oct. 25 after a wastewater treatment system malfunction. That's nearly double what the plant is permitted to release of the potentially cancer-causing chemical over 24 hours.

A company official wrote to the Indiana Department of Environmental Management on Oct. 31 asking that its submission about the release "be afforded confidential treatment under all applicable statutes."

Law students at the University of Chicago obtained the letter while tracking pollution violations at U.S. Steel and other factories along Lake Michigan as they prepare a planned lawsuit accusing the Pittsburgh-based company of repeatedly violating the federal Clean Water Act since 2011.

The same plant released nearly 300 pounds (135 kilograms) of hexavalent chromium in April because of a pipe failure, prompting closure of nearby Indiana Dunes National Lakeshore beaches and a drinking water intake for some communities in the area about 25 miles (40 kilometers) east of Chicago. Officials said that spill was almost 600 times the plant's release limit.

U.S. Steel said in a statement Tuesday it promptly communicated with the Indiana environmental agency on Oct. 27 about the second spill "and continues to work to ensure that there is no environmental impact." The company declined to comment about the potential lawsuit.

The October spill wasn't serious enough to merit reporting "and did not pose any danger to water supply or human health," U.S. Steel said.

Company spokeswoman Meghan Cox said Wednesday that its confidentiality request was made "due to business sensitive material" and has since been waived.

Mark Templeton, director of the Abrams Environmental Law Clinic, said he's concerned about state and federal regulators not penalizing U.S. Steel since the April spill or notifying the public about the October release.

"The public obviously has a right to know," Templeton said. "It's been over six months and no penalties. In this political climate, it's important that polluters and government officials know we are holding everyone accountable."