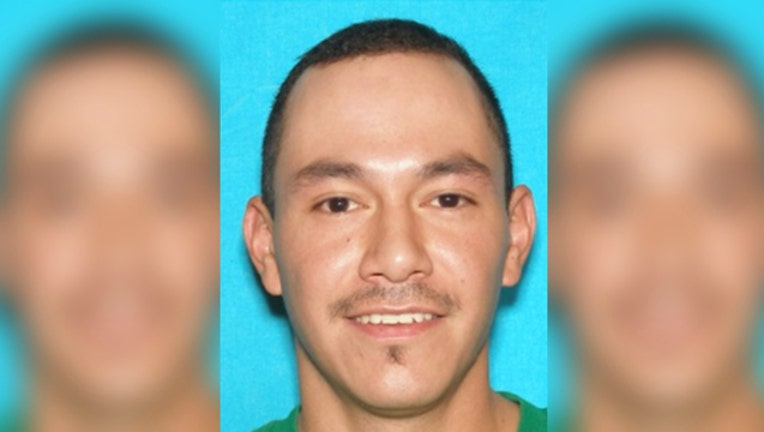 Alex Hidalgo is accused of murdering his baby son

OGDEN, Utah (AP) -- A Utah man is in jail on suspicion of stabbing his infant son multiple times and then putting the boy's bloody body in a garbage can, authorities said Sunday.

Alex Hidalgo, 37, of Ogden, was being held without bond at the Weber County Jail on suspicion of felony charges of aggravated murder, abuse or desecration of a dead human body and obstruction of justice.

It was unclear if he had a lawyer to speak on his behalf.

According to a probable cause statement, Hidalgo was watching his son and another child while the boy's mother left the apartment to run some errands.

When she returned, she found Hidalgo sitting on the couch, reading a Bible and watching a religious video. He reportedly told her the baby was dead. He also told her not to call anyone or he would be sent to prison, according to the probable cause statement.

The woman found the baby's body inside a plastic garbage bag and left the apartment screaming. She alerted a neighbor as Hidalgo fled the scene, authorities said.

The Utah Medical Examiner's Office said an autopsy showed the child had three penetrating stab wounds to the neck including one that severed the carotid artery and the jugular vein.

Police investigators reported finding blood splatter in the apartment and a paring knife in the kitchen sink.

When Hidalgo was arrested Saturday night after questioning, police said he had blood on his undershirt and was wearing the same clothing seen in surveillance footage Friday.