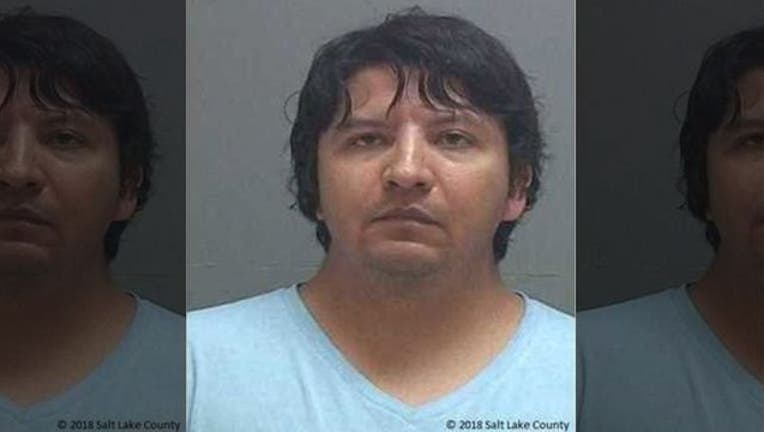 (FoxNews.com) - When Doris Stiles-Scown caught a man using his phone to peep underneath the stall her 12-year-old daughter was changing in at Rue 22 in Salt Lake City, Utah, she chased him down into the parking lot.

With help from other shoppers and mall security, Stiles-Scown successfully apprehended the man on Saturday, according to a police report from the Salt Lake City Police Department. The group then surrounded the suspect, making sure he stayed put, while they waited for police to arrive.

During that time, Stiles-Scown whipped out her phone and began recording as the man sat silently on the ground outside of the clothing store.

“This right here is what a predator looks like,” Stiles-Scown says as she focuses the camera on his face. “Thankfully, I got him. Not today, buddy. Not today.”

The mom instructed the suspect, later identified by police as 36-year-old Jorge Leon, to look at the camera.

Leon continued to look toward the ground, telling Stiles-Scown he was just going to wait for officers to arrive.

A crowd gathered around the man — many with their arms crossed — while Stiles-Scown continued to question him. Stiles-Scown could be heard sniffling off camera.

“You’re so lucky that I don’t hurt you because that’s what I want to do right now. Because what you did to her … you’re going to leave a scar on my daughter permanently. Are you happy with yourself?” Stiles-Scown asked, vowing to be at “every single” court date.

Stiles-Scown then turned the camera on herself, claiming she also saw the man attempt to grab her daughter's legs.

“Not today. He didn’t get away from this mom!” she commented.

Police said Leon was arrested and taken to jail on felony voyeurism charges.

“People are aware of what’s going on and paying attention,” Detective Greg Wilking of the Salt Lake City Police Department told Fox 13. “Other people were paying attention, too and saw similar things that concerned them and that led to his arrest.”