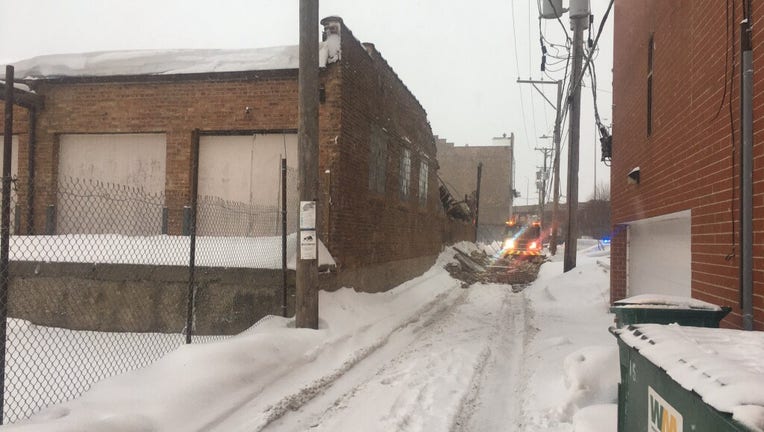 A building collapsed Feb. 15, 2021 in Bridgeport on the South Side. | Chicago Fire Department

CHICAGO - No one was hurt as a building collapsed Monday in Bridgeport on the South Side.

Firefighters responded to the call of a collapsed building about 4:15 p.m. in the 2700 block of South Wells Street, Chicago fire officials said.

The rear of a vacant commercial building collapsed into the back alley. There were no injuries reported, fire officials said.

The cause of the collapse has not yet been determined, according to fire officials. It wasn’t immediately clear if snow was a factor.

It is the second building collapse in as many days on the South Side.

On Sunday, a building with a snowy roof collapsed in Englewood leaving at least one parked car damaged, officials said.

The Chicago area has been hit with several rounds of snow and below-freezing temperatures over the last week.

The Chicago Department of Buildings was called to the scene for further investigation.