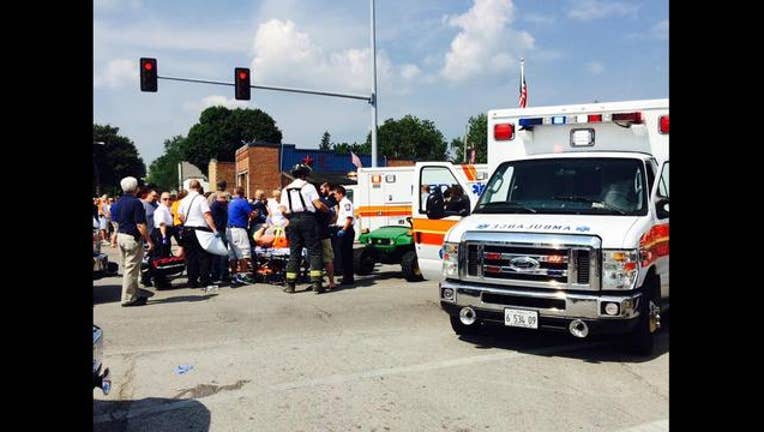 WESTVILLE, Ill. (AP) - A van has struck a crowd of people gathered for a Labor Day parade in a small eastern Illinois community, injuring eight people.

Initial reports from police in the village of Westville say the accident happened just moments after the parade started Monday.

The (Champaign) News-Gazette reports (http://bit.ly/1LfCF1G ) that the van was not associated with the parade.

The vehicle hit parade goers on the west side of the route and then continued through an intersection and struck spectators on the east side of the street.

Police were able to stop the van and say the driver may have had a medical problem.

Westville is about 5 miles south of Danville.