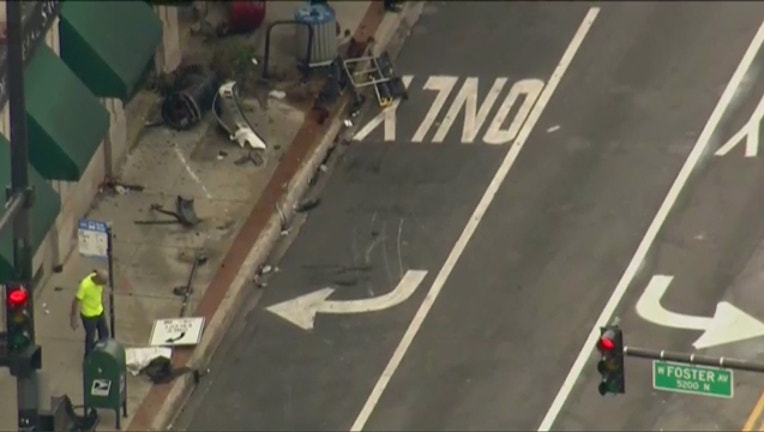 CHICAGO (SUN TIMES MEDIA WIRE) - Two people were injured Tuesday after a vehicle slammed into a CTA bus in Andersonville on the North Side.

The vehicle was traveling at a high rate of speed about 6:10 a.m. when it crashed into the bus near the intersection of Clark Street and Foster Avenue, according to preliminary information from Chicago police.

Both drivers were injured in the crash, Chicago fire officials said. One was taken to Illinois Masonic Medical Center in fair-to-serious condition while the other was taken to Swedish Covenant Hospital in good-to-fair condition.

No other injuries were reported. No further information was immediately available.