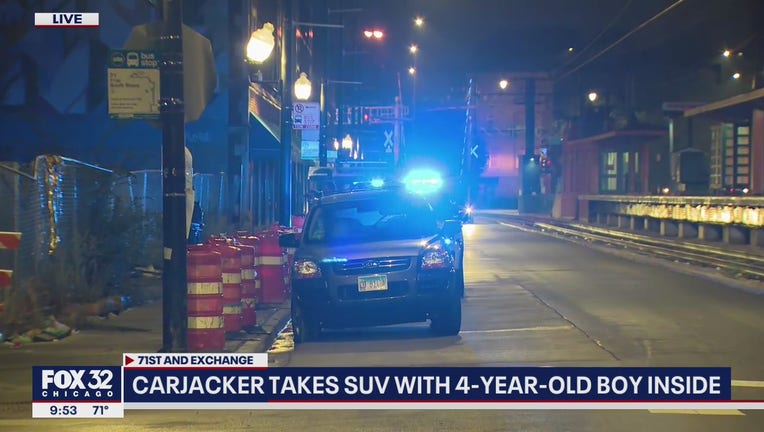 CHICAGO - A four-year-old boy is safe after someone stole his mother’s SUV and crashed it Tuesday in South Shore.

A woman left the gold Kia Sportage running about 8:40 p.m. while she went inside a restaurant in the 6900 block of South South Shore Drive, Chicago police said. A male leaving the restaurant hopped in the SUV and sped off with the boy in the backseat.

The suspect crashed the Kia a few blocks away, police said. The boy was reunited with his mother and taken to Comer Children’s Hospital in good condition for evaluation.