CHICAGO - New video released by the FBI shows a man wanted in what may have been a hate crime at a CTA station.

The FBI said that on Aug. 15 at 1:20 p.m., the man in the video approached the victim at the Argyle Red Line station on the North Side.

The FBI said the man hit the victim in the head and knocked him over. When the victim asked why he had done it, the man allegedly said that the victim "deserved it" and used an ethnic slur against the victim and the victim's partner.

"We are looking at this as a potential hate crime," said FBI Special Agent Siobhan Johnson. "Our victim was an Asian American and as we all know across the nation, we've been seeing significant increase in crimes not just against Asian Americans but all demographics." 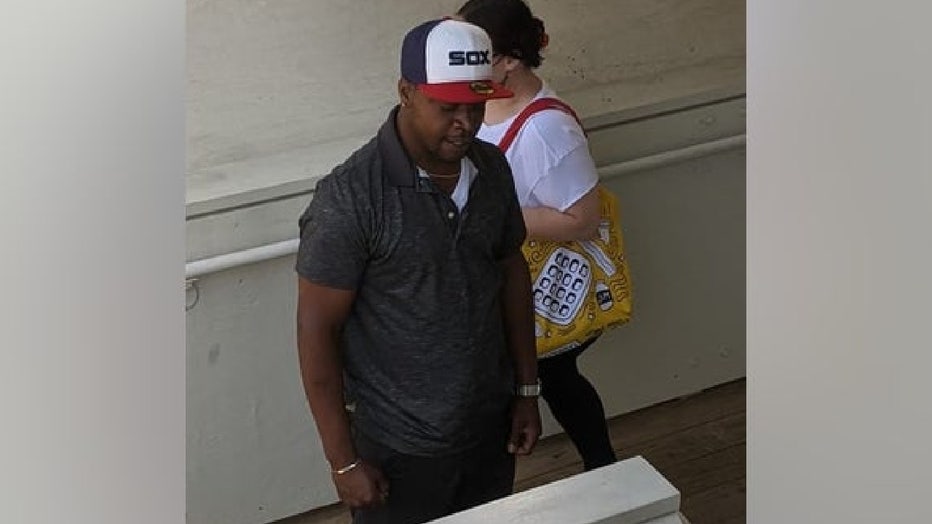 The suspect was wearing a diamond stud earring in his right ear, a silver watch on his left arm, a metallic bracelet on his right arm, a gold chain around his neck and a Chicago White Sox baseball cap. He had a thin goatee.

If you have information, the FBI would like to speak with you at (312)421-6700. You can also submit a tip at tips.fbi.gov. Tips can remain anonymous.