A Chicago hot dog institution is about to close its doors on the North Side and thousands of Vienna Beef fans are flocking to the factory store to say goodbye.

CHICAGO - A Chicago hot dog institution is about to close its doors on the North Side and thousands of Vienna Beef fans are flocking to the factory store to say goodbye.

Now don’t panic! You’ll still be able to find Vienna at stores and at their Bridgeport outlet. But as FOX 32’s Dane Placko reports, for some fans, it’s a wurst-case scenario.

On Wednesday, there was a line to buy a hot dog.

“That’s just how good they are and they’ve been a staple in the neighborhood for years. So we’re very sad to see them go,” said Maria Bastida.

Under a broiling sun, hundreds of Vienna Beef fans have been standing in long lines this week to say goodbye and grab a last case of their favorite encased meat.

“It’s a Chicago monument right here,” said Jamauris Johnson. “Chicago would not be Chicago without Vienna.” 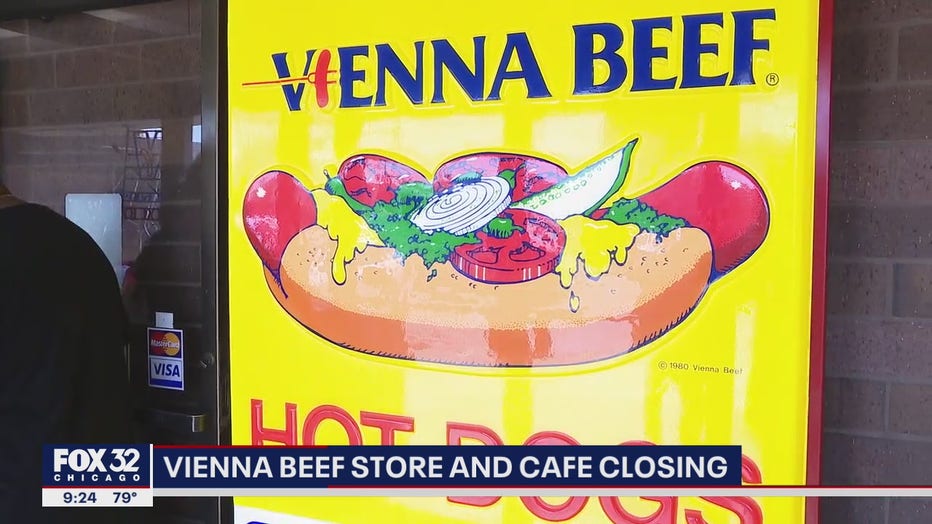 “I am sad. I’ve been coming to this place I can’t even tell you how many years,” said Linda Campbell.

For nearly 50 years, Vienna Beef Factory Store and Cafe has stood at the corner of Damen and Fullerton.

On Friday, the store will close to make way for Riverfront Driving Range -- a multi-tiered indoor-outdoor sports complex.

While customers will still be able to get their Vienna fix at the company’s Bridgeport factory and outlet stores, longtime fans say this is where you find the quintessential Chicago wiener.

FOX 32 asked one Vienna fan if a hotdog from a random stand is just as good.

“Oh no. This is much better. It’s tradition. It’s just the best,” said Joyce Walker.

But it’s not just the hot dogs.

In her nine years working at the store, Denise Parente says she never saw such a sausage run.

“It’s been crazy. It really has. But it’s bittersweet. We’re seeing all of our customers from over the years. Everybody’s happy they’re able to get everything they want,” Parente said.