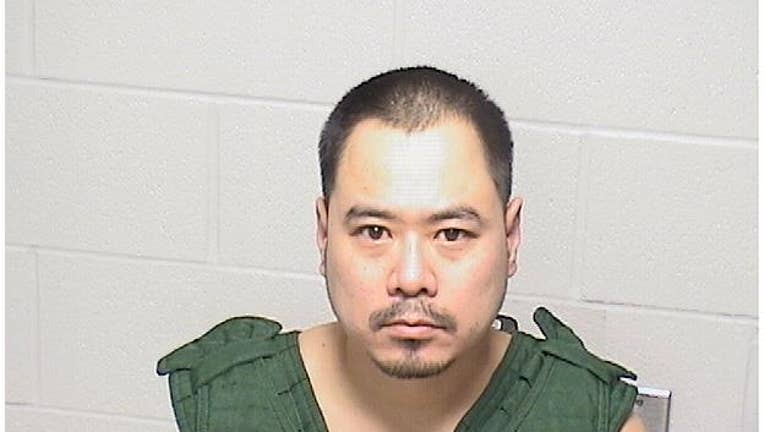 CHICAGO - A man is in custody after allegedly sexually assaulting his ex and telling her he was going to kill her and their children, the Lake County Sheriff's Office said.

Thammaya Siackhasone, 39, of Volo was arrested Friday around 10 a.m. while fleeing the scene of the alleged attack.

Police say Siackhasone went to the victims home to pick up their children who are both under the age of ten. He told the kids to wait in the car and went back inside the house and began sexually assaulting the victim.

One of the children walked in on the abuse and the victim was able to get free and run away. She fled to a neighbor's home to call 911, police say.

During the battery, Siackhasone told the victim he intended to kill her and the children.

Siackhasone drove off but was stopped by deputies.

The victim was treated at an area hospital for her injuries.