Unemployment dropped in May

The national unemployment rate dropped for the month of May.

NEW YORK - Stocks are rushing higher Friday after a much better-than-expected report on the U.S. job market gave Wall Street’s recent rally another shot of adrenaline.

The S&P 500 was up 3% after the government said that U.S. employers added 2.5 million workers to their payrolls last month. Economists were expecting them instead to slash another 8 million jobs amid the recession caused by the coronavirus and the shutdowns put in place to stem it.

While economists cautioned that it’s just one month of data and that many risks still loom on the long road to a full recovery, the report gives some credence to the optimism building among stock investors that the economy can climb out of its current hole relatively quickly. That hope has been a big reason for the better than 40% rally for the S&P 500 since late March.

The S&P 500 is now down less than 5.5% from its record set in February after being down nearly 34% earlier this year when recession worries were peaking. 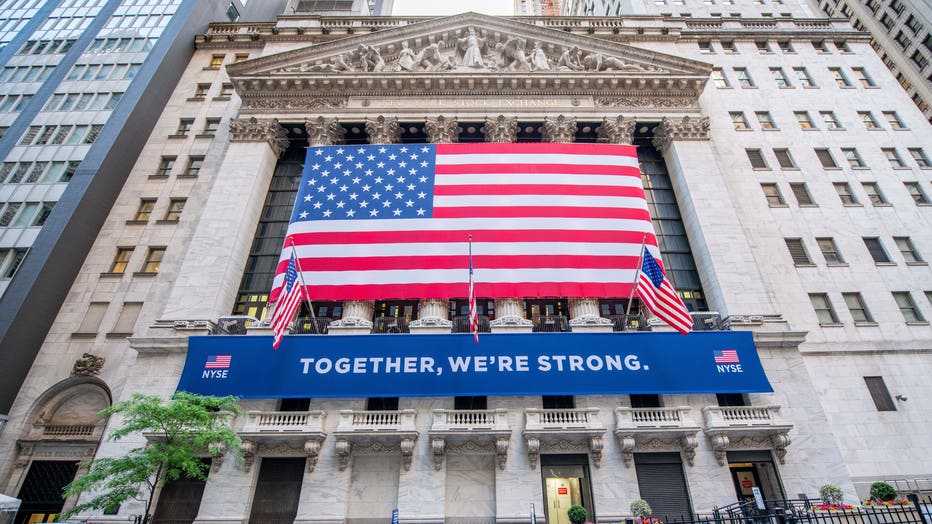 The yield on the 10-year Treasury zoomed up to 0.92% from 0.82% late Thursday. This area of the market was much earlier than stocks to give warning about the coming economic devastation from the coronavirus outbreak. It had also been showing much more caution than stocks recently.

Now, the 10-year yield is close to its highest level since late March. It tends to move with investors' expectations for the economy's strength and inflation.

Stocks began their massive rally in late March after the Federal Reserve came to the rescue with promises of immense aid to keep markets running smoothly. Capitol Hill also agreed on unprecedented amounts of aid for the economy. The actions helped convince investors that the worst-case scenario of a full-blown financial crisis was off the table.

More recently, it’s been hopes that growth can resume for the economy as states across the country and nations around the world relax lockdown restrictions meant to slow the spread of the virus. Even as horrific and historic data continued to come in on the job market and economy, stocks largely remained resilient in their climb.

If their optimism proves to be right, it wouldn’t be the first time. During past recessions, stocks have historically hit their bottom and turned upward months before the economy has. That’s because investors are setting stock prices now for where they see corporate profits heading months into the future.

After the financial crisis, stocks hit their bottom in March 2009, for example. That was three months before the recession ended, according to the National Bureau of Economic Research. It was also seven months before the unemployment rate set a peak.

Analysts and economists warn, though, that a full recovery is still a long way away. The unemployment rate is still above 13%, nearly quadruple where it was at the start of the year.

The biggest threat is a possible second wave of coronavirus infections, which could derail all the improvement and push governments to tighten up on lockdown orders. Increasing tensions between the United States and China are also raising worries about a resumption in the trade war between the world's two largest economies, while some investors are worried about volatility that could be created by this fall's U.S. elections.

Nevertheless, investors on Friday continued their recent trend of focusing more on companies that would benefit most from a growing economy, rather than those that had been earlier winners in the weak, stay-at-home economy.

Smaller stocks had the market’s biggest gains, as they typically do when expectations for the economy are rising. The Russell 2000 of small-cap stocks jumped 4.9%.

Among the biggest stocks, energy producers, banks and industrial companies were jumping to the biggest gains. Their profits tend to be very closely tied to the strength of the economy.

Travel-related companies were also strong, after their stocks got pummeled early in the outbreak on worries that no one would want to fly or go onto a cruise ship for a long time. Security officers screened 391,882 people at U.S. airports on Thursday, the most since March 22. Year-over-year declines have moderated to 85% from 96% in mid-April.

American Airlines jumped 12.3%, tacking even more gains onto its 41.1% surge a day before when it said it would fly more of its regular U.S. schedule in a bet that fliers will return to the skies.

Retailers and owners of shopping malls surged on hopes that people may also head back to enclosed stores. Kohl’s added 16.4%, and Simon Property Group rose 18.5%.

Some of the stocks that had been the steadiest earlier this year when investors were searching for stay-at-home winners, meanwhile, were lagging the market.

Slack Technologies slid 11.6% even though it reported better results for the latest quarter than Wall Street expected.

Netflix, whose subscriber rolls swelled with people hunkering down at home, was up 0.7%, less than the rest of the market. Clorox, whose disinfecting wipes had been cleared off shelves, was down 4.4%.