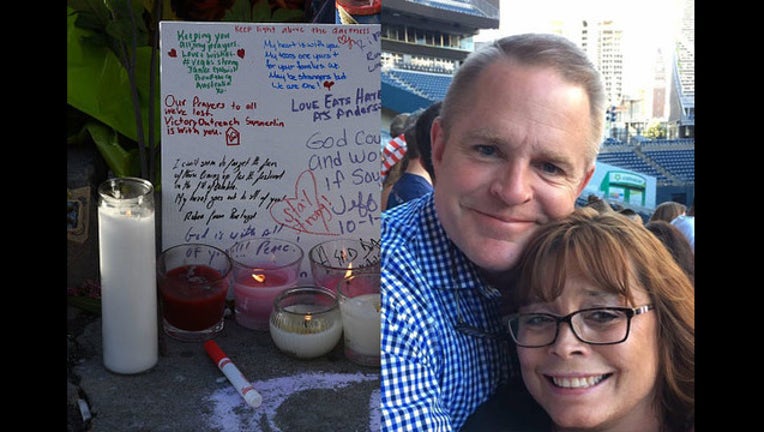 Candles and a card are left at a makeshift memorial outside the Route 91 music festival site beside the Mandalay Hotel October 4, 2017 on the Las Vegas Strip, after a gunman killed 58 people and wounded more than 500 others when he opened fire from t

(FOX 46 WJZY) - A Washington doctor attending the Las Vegas music festival with his wife made a conscious decision to not run to safety and instead stay to help victims as shots rang out among a panicked crowd.

Crystal Graham said her brother, Dr. James Sebesta who is a surgeon, looked at his wife when shots were fired and told her to get out with their friends to safety and he would meet them back at the hotel.

"He, in the midst of chaos and fearful, went out and started finding the wounded and medically helping them. He went through the crowd of 59 killed people and 527 wounded and did everything in his power to help. He carried victims to safety. He carried bodies of those victims that didn't make it off the field," Graham wrote.

Crystal Graham's post on her brother has gotten more than 5,000 reactions and has been shared more than 1,100 times.