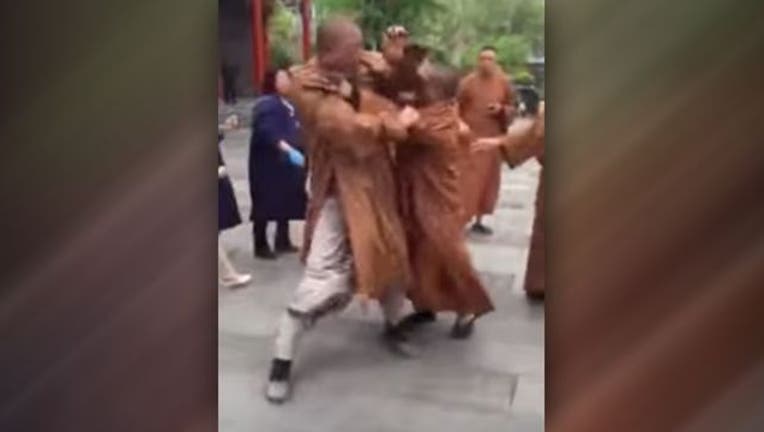 (FoxNews.com) - Some monks aren’t as peaceful as they seem.

A disagreement over management at a temple in China led to a fistfight among three monks, captured in a video that went viral.

The video shows two monks in brown robes grappling, while a third monk dressed in yellow circles around them, landing cheap shots.

The footage first appeared on a Chinese social media service, with a message purportedly written by the chief monk of Ningguo Temple in Yangzhou saying higher-ups at the temple decided to expel the three unruly monks, the South China Morning Post reports.