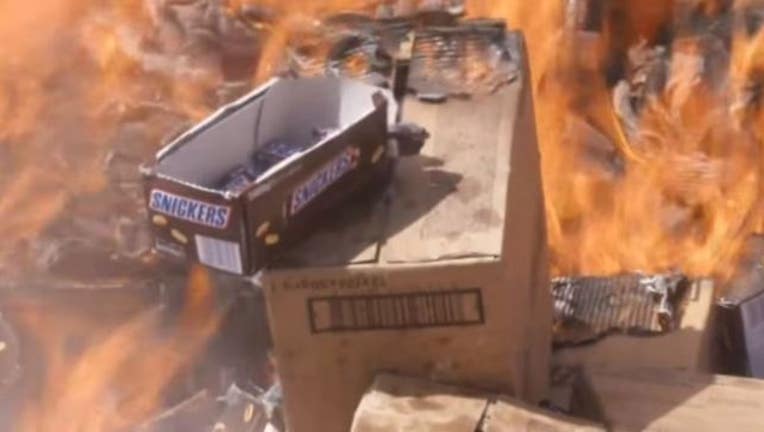 Islamic Hamas authorities hurled boxes of the peanut chocolate candy bar into a bomb crater Thursday, dousing them with diesel and lighting them in a crackling bonfire following a company recall.

Confectionary giant Mars recalled sweets from its Netherlands factory last month after "a small piece of red plastic" was found in a Snickers bar.

Three children from a nearby Bedouin encampment managed to snatch some of the chocolate bars before they melted away.

Israel has maintained tight restrictions on imports to the Gaza Strip since the militant Islamic group Hamas violently took over the enclave in 2007. Chocolate is exempt from the restrictions and Gaza should be able to restock its Snickers supply soon.