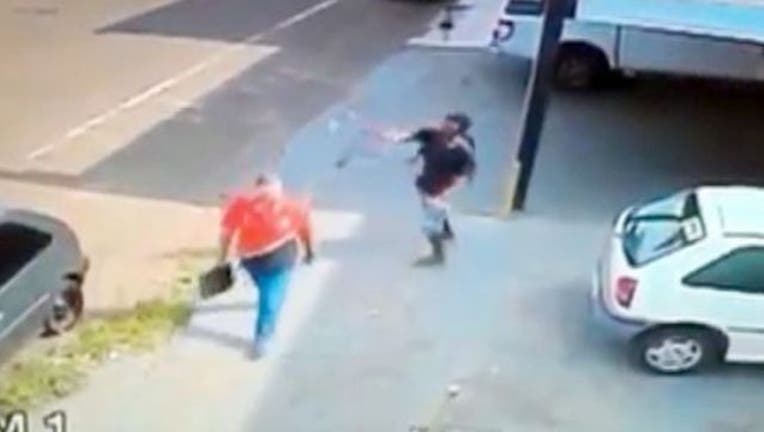 BRAZIL (FOX 32 News) - A 22-year-old Brazilian man has been arrested after video showed him throwing a rock at a 61-year-old man’s head, knocking him unconscious.

The incident occurred on March 31 in Campo Grande, according to Globo, who identified the victim as Paulo Tarso Digo do Amara. The attacker, Igor Eduardo Silva Taques, according to Midiamedia was arrested April 1.

Amara was quoted as saying he was knocked out by the blow of the rock, and when he woke up he was bleeding heavily.