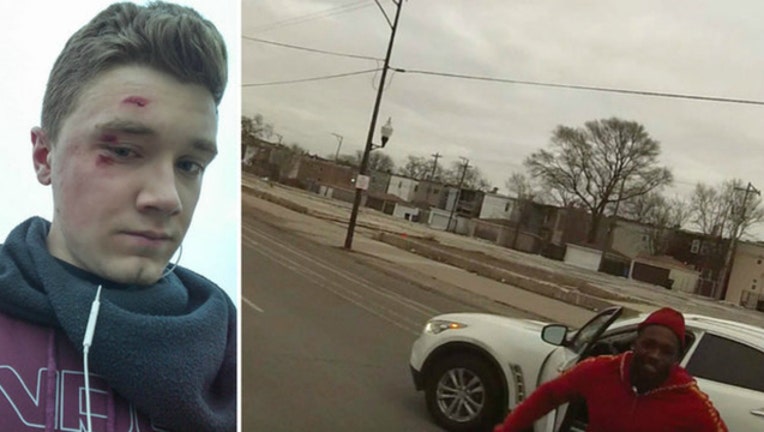 CHICAGO (FOX 32 News) - A 19-year-old suburban Chicago man was riding his bicycle in the city when an SUV driver became enraged with him and then attacked him.

The road rage for the driver began when Colton Sodt simply told the driver he was in the bike lane.

"I said, 'you’re in the bike lane, bro,'" Sodt told DNAinfo Chiocago. "Next thing I know, we're both yelling at each other. A few blocks up the street, he gets out of his car and starts hitting me."

Sodt of Oak Park was on his way to get his hair cut when the assault occurred. He was able to capture it on his GoPro camera. (Watch below)