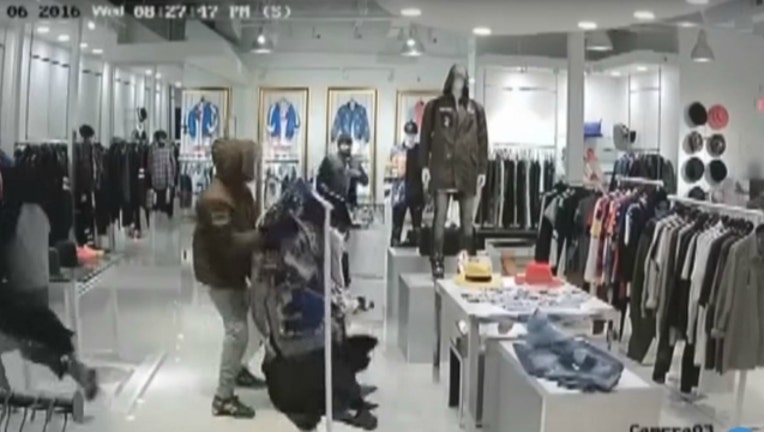 FOX NEWS - It only took a group of thieves about 40 seconds to ransack a high-end clothing store of more than $100,000 in merchandise, according to Atlanta police.

The well-coordinated robbery started after one black male suspect allegedly used Facetime to point out which items to target.

A clerk said one of the suspects said that he was going to an ATM to withdraw money to make a purchase.

Instead, he held the door open and several more male suspects streamed in and began frantically pulling clothes off the racks.