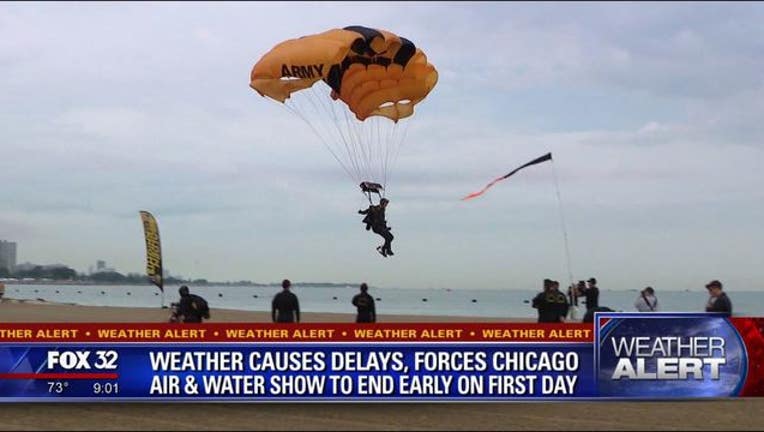 CHICAGO (Fox 32 News) - Hundreds of thousands of people on Chicago’s Lakefront to see the 61st annual Air and Water Show saw the aeronautics twice brought to a standstill Saturday.

There were two delays, one for weather after officials from the city’s Office of Emergency Management said lightning was a concern at about 11:45 a.m. The show was eventually called off just about 3 p.m. due to weather.

“I've been coming [to the show] for 30 years, every year,” said Denny Kenny, who traveled from the northern suburbs to see the show with family and friends. “This show would have been the best show” had it not been canceled, he said.

The last day of the show starts Sunday at 10 a.m. Tickets are free.