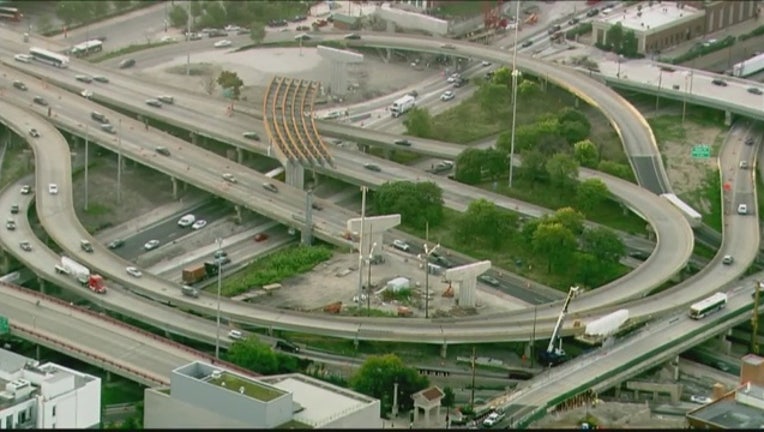 CHICAGO (SUN TIMES WIRE) - Several lanes of the inbound Eisenhower Expressway will be closed for bridge work this weekend on the Near West Side.

The left lane of eastbound I-290 will be closed between Racine and Halsted from 10 p.m. Friday to 5 a.m. Monday, according to the Illinois Department of Transportation. A second left lane will be closed from 1-7 a.m. Saturday and Sunday.

All eastbound lanes will be open from one hour before Saturday night’s Blackhawks game at 7 p.m. until one hour after the game’s end, IDOT said.

A detour will direct traffic to the outbound Dan Ryan exit ramp at Taylor to reconnect with Congress Parkway via Union, Roosevelt, Jefferson, Harrison and Wells, IDOT said.

The closures are necessary for construction of a new Halsted Street bridge over I-290, according to IDOT.