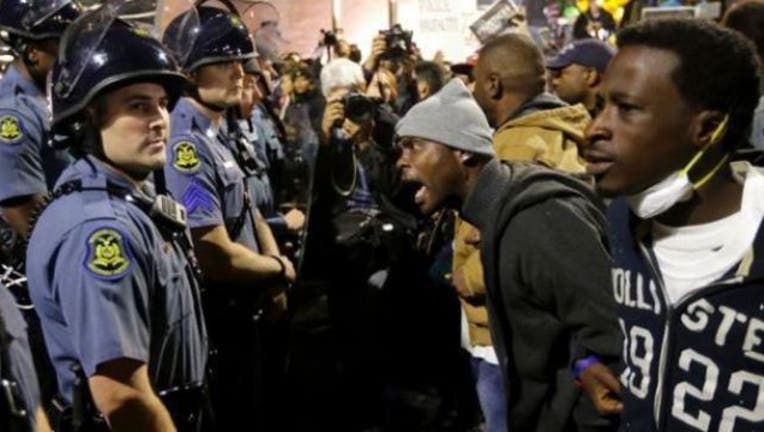 Police departments face a recruiting shortage amid a growing anti-cop mood that some fear has taken the pride out of peacekeeping and put targets on the backs of the men and women in blue. Open calls for the killing of police have been followed by assassinations, including last week's murder in Texas of a Harris County sheriff's deputy. Instead of dialing back the incendiary rhetoric, groups including "Black Lives Matter" have instead doubled down at demonstrations with chants of "Pigs in a blanket, fry em like bacon."

"You no longer just have to worry about your life while in uniform," Jeff Roorda, business manager of the St. Louis Police Officers Association and former state representative, told FoxNews.com. "Now you have to be worried about the well-being of your family."

Roorda said the new academy class continues to be delayed and the police force loses about double the amount of officers per year than in the past. Knowing police face public scorn or career-ending legal battles even if they acted properly has convinced many prospective cops to abandon their dreams of patrolling America's streets.

"I saw all this anti-cop propaganda and I was like, 'Who needs this?'” said Antonio, a New Yorker who asked that only his first name be used. The 32-year-old had applied and been accepted into the NYPD academy, but withdrew his candidacy amid the cop-bashing climate sweeping the country.