As temperatures dropped Tuesday night and storms rolled in, some people on the water were caught off guard.

CHICAGO - Tuesday marked the hottest day of the year in Chicago at 95 degrees, with a heat index topping 100 degrees — and Wednesday could be just as hot.

But on Tuesday night, as temperatures dropped and storms rolled in, some people on the water were caught off guard.

The Evanston Fire Department says eight boats were overturned along Lighthouse Beach. No injuries were reported, but the fire department, the United States Coast Guard and others worked together to rescue two adults in the water.

Charlie Ruklick from Evanston watched as the storms rolled in.

"I didn't expect it to be so non rain-like and then all of a sudden a downpour," said Ruklick. 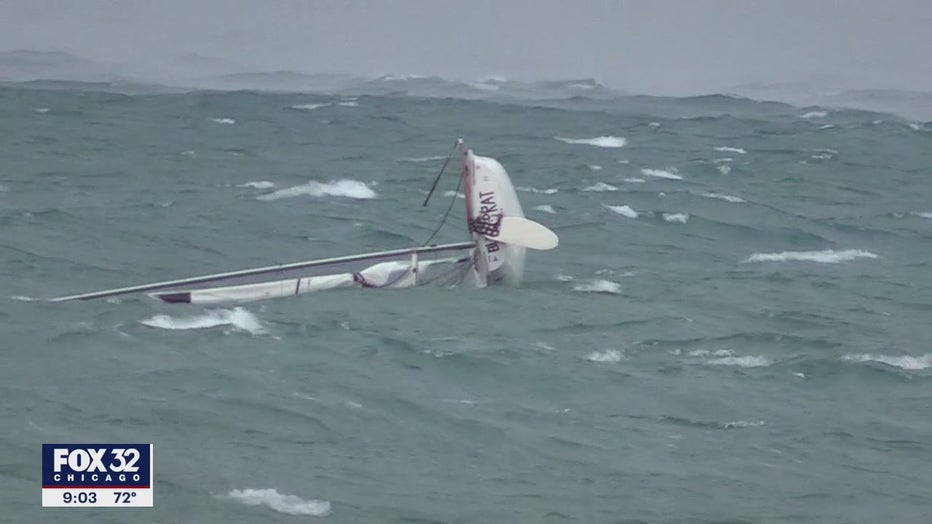 Before the rain, sweltering heat was top of mind. Those along the lakefront found relief in the shade and water. With more dangerous heat to come on Wednesday, doctors warn of the signs of heat exhaustion.

Dr. Lewis also warned of the symptoms of heat stroke, which can include confusion, nausea, dizziness, and potential loss of consciousness.

If you must be out in the heat, Dr. Lewis recommends wearing loose-fitting, light-colored clothing and hydrating with water rather than caffeine.

"Most importantly, check on other people," said Dr. Lewis. "The elderly, your kids, your pets, you know you got to make sure that everybody's safe, not just yourself."

Remember, during extreme heat you can request a well-being check for your loved one by calling 3-1-1.