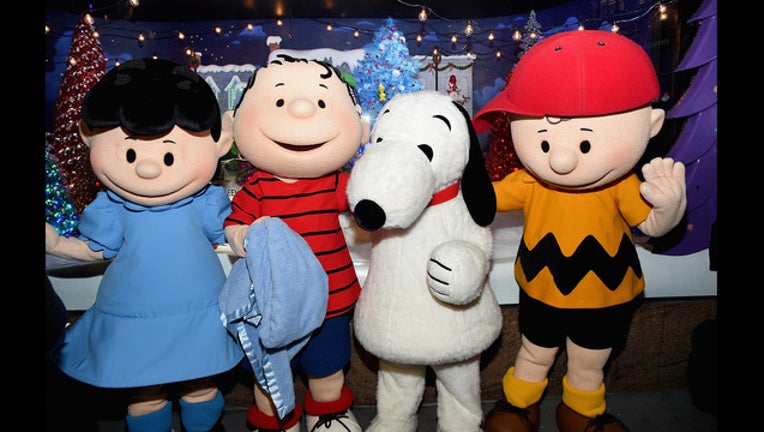 SANTA ROSA, Calif. (AP) - The home of "Peanuts" creator Charles Schulz burned to the ground in the deadly California wildfires but his widow escaped, her stepson said Thursday.

Jean Schulz, 78, evacuated before flames engulfed her hillside home Monday and is staying with a daughter, Monte Schulz said.

The Schulzes built the California split-level home in the 1970s and the cartoonist lived there until his death in 2000.

"It's the house he died in. All of their memorabilia and everything is all gone," Monte Schulz said.

He had not heard from his stepmother and learned about the disaster from his brother, Craig Schulz, who also lost his Santa Rosa home in the fire.

"The fire came by at, like, two in the morning," Monte Schulz said. "Everything's gone."

Fires in the Northern California wine country have killed at least 26 people since they began Sunday.

Monte Schulz said he had not visited his stepmother's home in recent years because he lives more than 300 miles away in Santa Barbara. He wasn't sure what might have burned.

"Obviously stuff from my dad and their life together, all gone," he said.

Schulz usually worked at an outside studio and most of his original artwork and memorabilia are at the Charles M. Schulz Museum and Research Center in Santa Rosa, which escaped the flames.

But the loss of the house itself is painful, Monte Schulz said.

"I had memories of being in that house. I never lived there but I visited all the time," he said. "That time of our lives is now completely erased."

Schulz had long ties to Santa Rosa and to Sonoma County. He and his first wife, Joyce, built a home in the city of Sebastopol in 1958. The airport in Santa Rosa Airport is officially titled the Charles M. Schulz-Sonoma County Airport and features bronze sculptures of the Peanuts characters. Its logo is Snoopy flying on top of his doghouse.