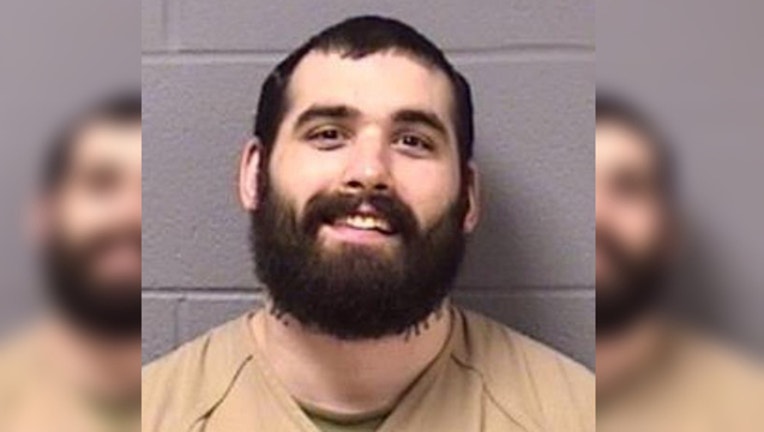 SUN TIMES MEDIA WIRE - An inmate at the Will County Adult Justice Center in Joliet has been charged with trying to hire someone to kill an informant set to testify against him.

Jay A. Nink Jr., 32, is charged with a felony count of solicitation of murder for hire, according to a statement from the Will County sheriff’s office. He has been in custody since July 2017 on charges of illegal gun possession, violating his parole and being an armed habitual criminal.

On July 1, the sheriff’s office learned that Nink approached a fellow inmate about seven weeks earlier to discuss “taking care of” a confidential informant who would be testifying against him, authorities said.

The inmate, working with detectives, told Nink he had a relative who was a hit man and would kill the informant in exchange for cash and guns, the sheriff’s office said. The solicitation charge was formally filed on July 18.

Nink was ordered held on $10 million bail for the new charges, according to the sheriff’s office. His bail in the initial case had been set at $1 million.

He was released on parole from the Menard Correctional Center on Sept. 22, 2016, while serving a two-year sentence for resisting or obstructing an officer in Will County, according to Illinois Department of Corrections records. He has prior convictions for unlawful use of a weapon, attempted burglary and second-degree murder dating back to 2005.

Nink’s next court date was scheduled for Aug. 8, according to the sheriff’s office.