CHICAGO - President Joe Biden has told former President Barack Obama that he plans to run for re-election in 2024.

"[Biden] wants to run and he’s clearly letting everyone know," a source with knowledge of the conversation told The Hill.

The source added that Biden believes he is the only candidate who can beat former President Donald Trump in a hypothetical rematch between the two political rivals, which was largely the reason Biden was able to secure the Democratic nomination in 2020. 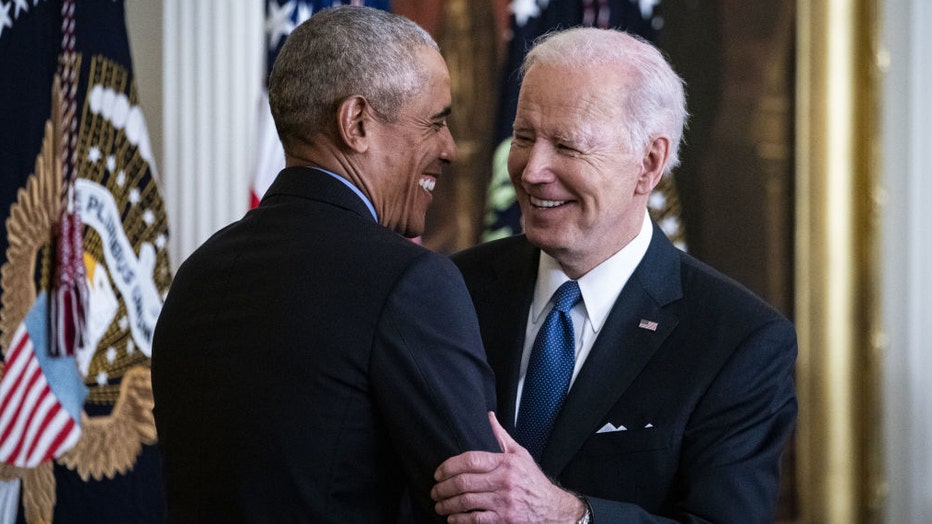 But Biden's prospects for victory in 2024 have been in doubt in recent months, with the president seeing worsening approval ratings since August of last year. The latest Quinnipiac University put Biden's approval at a dismal 33%, the lowest mark of his presidency thus far.

Trump has publicly hinted about the possibility of making another run for the White House, telling a crowd last month that "we may have to run again."

"In 2024 we are going to take back that beautiful, beautiful White House," Trump said. "I wonder who will do that. I wonder. I wonder."

The hypothetical rematch would be a close one, according to the latest Wall Street Journal polling, which shows a tie between Biden and Trump in the national preference.

Biden has in the past expressed a desire to seek a second term, though he has warned that his plans could fall victim to "fate."

"I’m a great respecter of fate," Biden said during an interview with ABC in December. "Fate has intervened in my life many, many times. If I’m in the health I am in now, if I’m in good health, then in fact I would run again."