But one medical center in west suburban Elmhurst is using robotic nursing assistants to overcome its challenges.

Robots may not completely solve the nation's ongoing nursing shortage, but staff at Elmhurst Memorial Hospital say their two robot assistants have been lifesavers.

"They are working 24-7, with only a short period of time to charge in between. We would need at least six people to do that amount of work," said Hiral Patel, innovation director at Elmhurst Memorial Hospital. 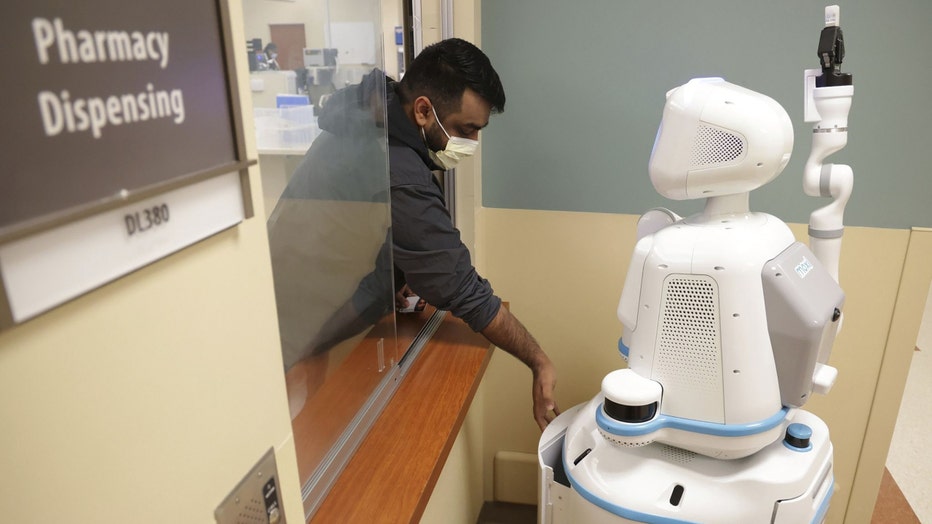 Aly Vishram, a pharmacy tech, places supplies in the drawer of Moxi the robot, one of two robots working at Elmhurst Hospital, on Dec. 1, 2022. Moxi will then take the supplies to the infusion center. (Stacey Wescott/Chicago Tribune/Tribune News Service via Getty Images / Getty Images)

The bots don't take care of patients. Instead, both devices -- named Moxi -- transport medicine and other supplies throughout the extensive facility.

"It leaves a lot more time for us to be able to focus on the patient," said Klaudia Talaska, registered nurse at Elmhurst Memorial Hospital.

The two robots make roughly 1,800 deliveries each month, racking up close to 1,000 miles worth of traveling around the hallways. 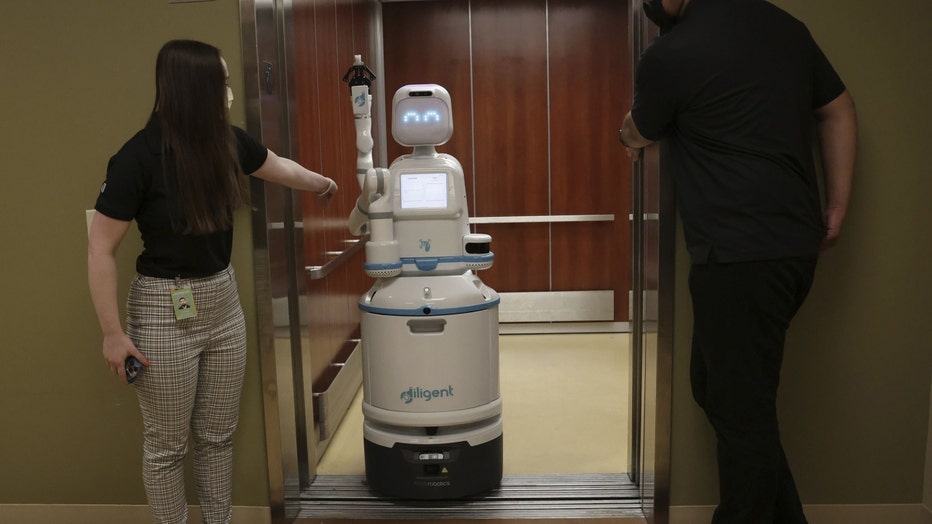 Andrea Thomaz, CEO and co-founder of Diligent Robotics, said it's about making sure that available staff remain focused on what they need to be focused on.

The rise of robot assistants comes as nurses across the country say they can't properly take care of their patients because there's simply too many, and too little staff.