A 22-year-old woman is in critical condition after debris from a building fell on her in Wicker Park.

CHICAGO - A 22-year-old woman is in critical condition after debris from a building fell on her in Wicker Park.

The incident happened at about 6 p.m. in the 1200 block of North Milwaukee.

The woman was walking on the sidewalk when she was struck by falling debris and sustained a laceration to the head, police said. She was transported to Stroger Hospital in critical condition.

The building houses a series of businesses including a dental office, cell phone store and shoe repair shop. 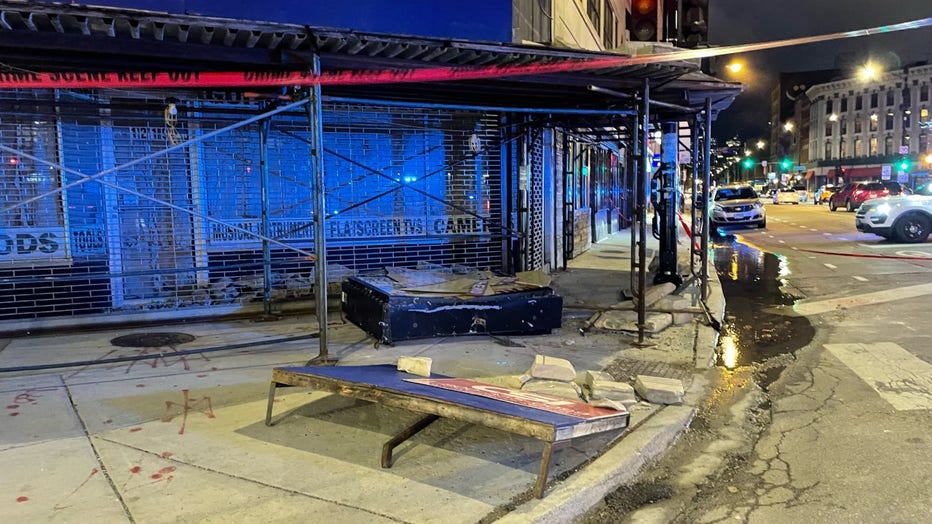 One neighbor said this isn’t the first time debris has fallen from the building, telling FOX 32 that a similar incident resulted in scaffolding being placed on the sidewalk recently.

"A few weeks ago there were a few squares or tiles up there that fell over. I don’t think anybody was hurt. It just fell at the corner there. They left the crumbs there for a while. And then just recently put this scaffolding up to protect anymore falling debris," said Nick Ryan, who lives nearby.

A vehicle was also traveling northbound on Milwaukee Avenue when the debris fell, and it struck the vehicle. The driver was uninjured, authorities said.

Editor's note: Originally, Chicago Fire said the female victim is 25. It was later confirmed by police that she is 22 years old. 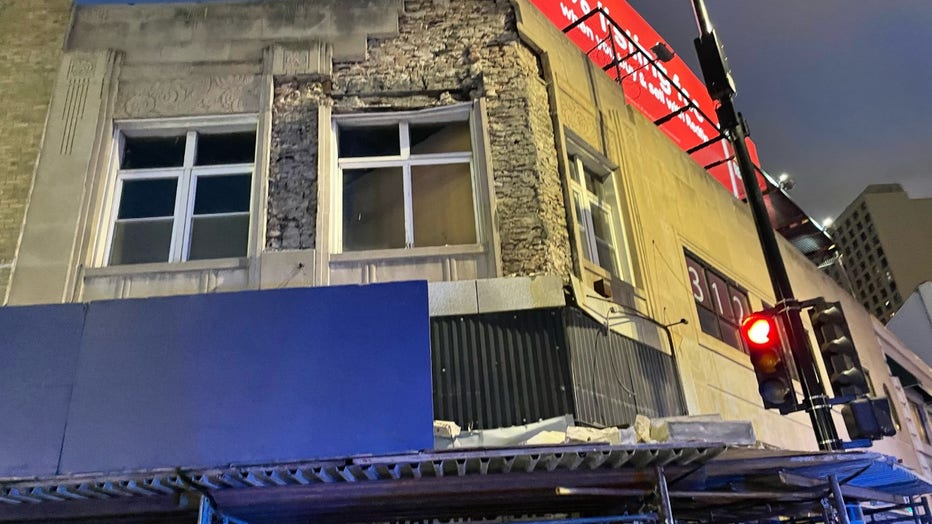 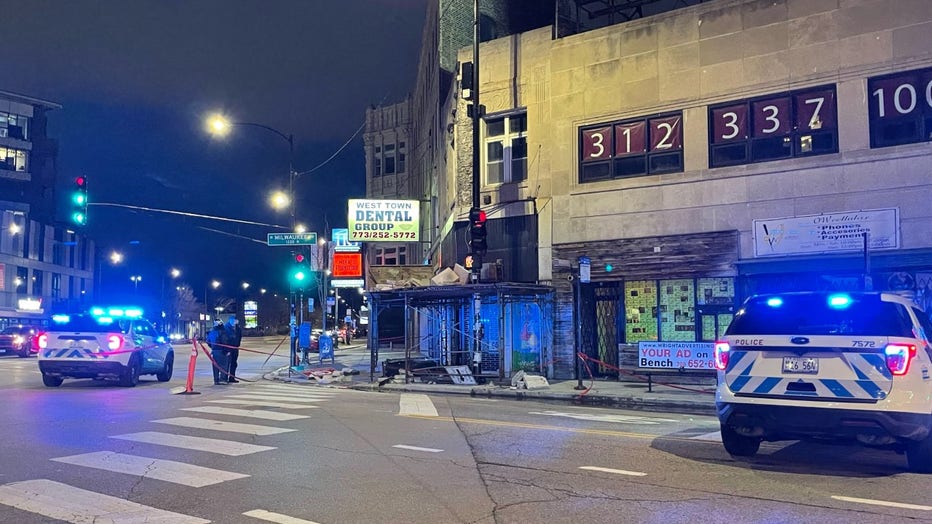