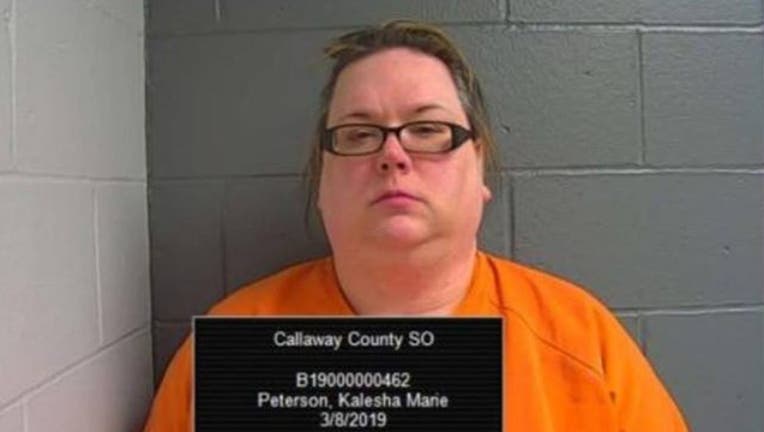 Fulton (Missouri) Police say that Kalesha Peterson shot and killed her boyfriend while acting out a scene from a movie. (Image: Calloway County Sheriff's Office)

FULTON, Missouri (Fox 32 News) - A Missouri woman killed her boyfriend while they were acting out a scene from a movie, police said.

Fulton Police said that on Thursday, they got a 911 call from Kalesha Marie Peterson, 37, saying that she had accidentally shot her boyfriend.

Peterson allegedly told police that they had been drinking and watching a movie when Dalton suggested they act out a scene. Peterson got a .38 revolver from the bedroom and shot Dalton in the head.

This story was reported from Chicago.