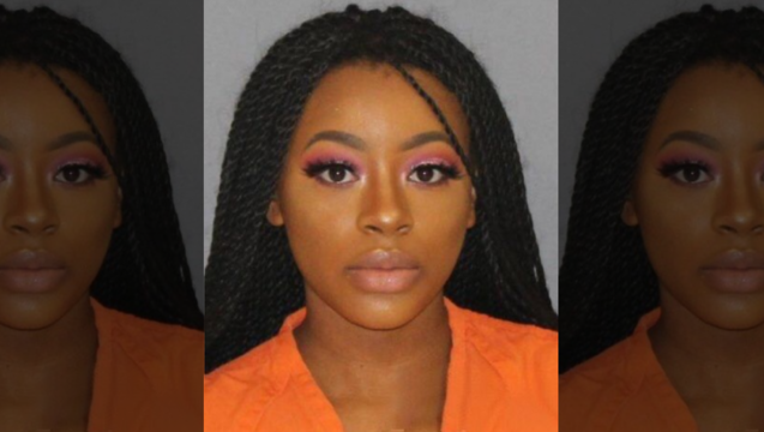 Marshala Perkina, 19, was arrested for marijuana possession in February. After her mugshot was posted to Twitter, people began to ask her for makeup tutorials.

FOX NEWS - A Texas woman was arrested earlier this year, and her glamorous mugshot has sparked requests for a makeup tutorial.

Marshala Perkins, 19, of Dallas, was arrested for marijuana possession on Feb. 6, the Star-Telegram reported Wednesday. Her mugshot was posted to the "Mugshot Baes" Twitter account, in which photos of attractive arrested women are featured.

In her mugshot, Perkins appears to have her facial makeup contoured, with bright pink eyeshadow, with a hint of sparkles, and false eyelashes.

Perkins told the newspaper that the night she was booked, she was just "bored," adding, "I was just going to go out with my friends looking the way I was looking," she said.

One Twitter user quote-tweeted the photo, and said, "We need a tutorial! Free her!" which received 280,000 likes as of Thursday.

The aspiring makeup artist said she had performed a tutorial on Facebook Live before she'd gone out with her friends the night she was arrested.

"I sat in my car for like two minutes waiting on my friends and while I was waiting a police car pulled up right behind me," Perkins said.

The officer, after running her license and registration, reportedly smelled marijuana and asked her to get out of the car. Perkins said the cop found two grams of marijuana in the vehicle.

Initially embarrassed that her mugshot was posted by police online, the former Texas A&M University at Commerce student has since come to appreciate the newfound appreciation for her makeup skills.

"Someone has reached out to me about starting my own makeup line. It’s crazy. My mind is blown," Perkins told the Telegram. "Now it’s turned into something so positive so I’m just going to embrace it and see where it takes me."