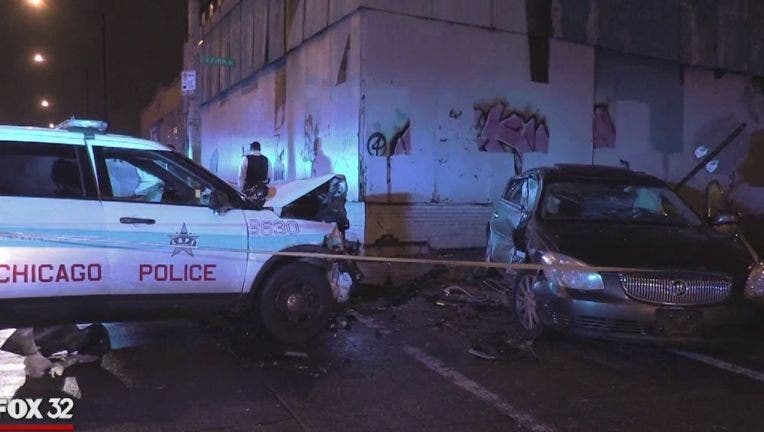 CHICAGO - A 29-year-old woman is accused of driving under the influence and causing a crash that injured four people, including two Chicago police officers, last week in Lawndale on the West Side.

About 10 p.m. Nov. 1, officers were northbound in a marked squad car in the 900 block of South Cicero Avenue when Watkins allegedly drove a 2011 Buick Lucerne across lanes and hit them, police said.

The two officers inside the squad car were taken to an area hospital in good condition with body soreness, police said.

A 15-year-old girl and an 11-year-old boy inside the Lucerne were taken to Stroger Hospital with lacerations and bruises, police said. Their conditions were stabilized.

Watkins declined medical treatment, police said. She was also cited for operating an uninsured motor vehicle, improper turn at an intersection, no valid registration and illegal transportation of alcohol.