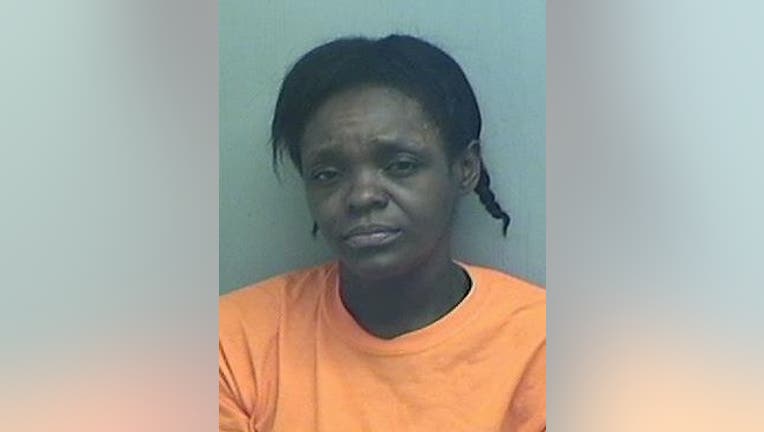 ZION, Ill. - A Zion woman is facing felony charges after she allegedly robbed another woman at knifepoint Wednesday in the parking lot of a Walmart in the north suburb.

Jackson approached a 69-year-old woman about 11:45 a.m. as she was walking to her vehicle in the Walmart parking lot, 4000 Rt. 173, police said. She allegedly pulled out a knife and “jabbed [the woman] in the throat” with it before making off with her purse.

When a Beach Park man who saw the incident unfold tried to intervene, Jackson slashed him on the arm, police said. Jackson was knocked to the ground, but got up and fled across Kenosha Road, where she was picked up by someone in a silver-colored Mercury Mariner.

Officers reviewed surveillance video and recovered the woman’s wallet, the knife and a cellphone, police said. Jackson was arrested later Wednesday evening at her home, where she allegedly confessed to the crime.