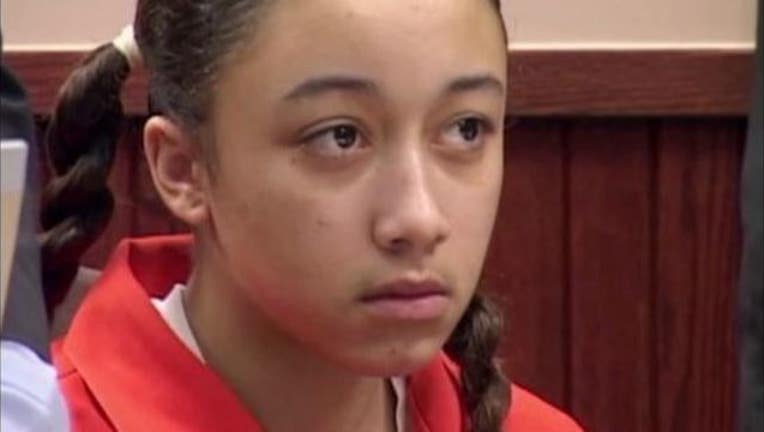 (FOX NEWS) - A woman who said she was a sex trafficking victim when she was sentenced to life behind bars at age 16 for killing a man will leave prison this week this after a grant of clemency.

Cyntoia Brown will regain her freedom 36 years early when she leaves the Tennessee Prison for Women on Wednesday. Now 31, she'll stay a parolee for a decade.

"I thank Governor and First Lady Haslam for their vote of confidence in me, and with the Lord's help I will make them as well as the rest of my supporters proud," Brown said in a statement.

Haslam called Brown's sentence "harsh" for a crime committed as a teen. While incarcerated, she earned her GED and completed studies with Lipscomb University.

Part of Brown's release plan includes spending time in a transition center and continuing her college courses, the Tennessee Department of Corrections said in a news release. She will also be required to undergo counseling.

She plans to publish a book this year, while a documentary about her is in the works.

Brown was tried as an adult in the shooting death of real estate agent Johnny Allen. Police said Brown shot Allen, 43, in the back of the head after he picked her up at a Nashville restaurant to have sex with her.

Brown said she became scared of Allen after he began showing her some of his firearms. She maintained she shot him out of fear he was reaching for a gun while he was in bed.

She said a pimp called "Kut Throat" forced her into prostitution and verbally and physically abused her. At trial, Brown's attorneys said she was the victim of sex trafficking and argued she lacked the mental capacity to be culpable in Allen's slaying.

“When her story is told in much greater detail, the words which describe her success include redemption, education, rehabilitation, salvation, mercy and freedom," Brown's attorney Charles Bone told the WZTV in Nashville.