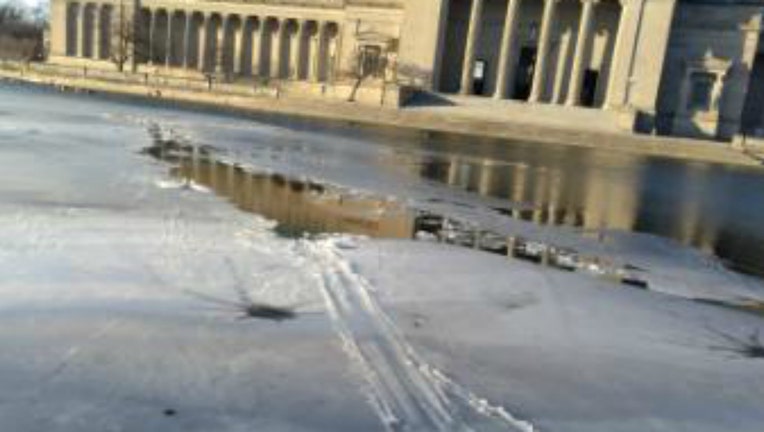 CHICAGO - A woman was stuck in frigid water more than 15 minutes Sunday after she fell through ice while trying to rescue her dog, which had fallen into a lagoon in Jackson Park on the South Side.

The woman, 27, went through the ice just after 4 p.m. in the East Lagoon, Chicago fire officials said. She was chasing her dog, which had fallen in moments earlier.

Though the dog was able to get itself out of the lagoon, the woman was stuck in the water for about 16 minutes until the Chicago Fire Department arrived, fire officials said. She was pulled out about two minutes after emergency crews arrived.

The woman was taken to the University of Chicago Medical Center in good condition, fire officials said.

The dog is in the care of the Chicago Police Department, fire officials said.