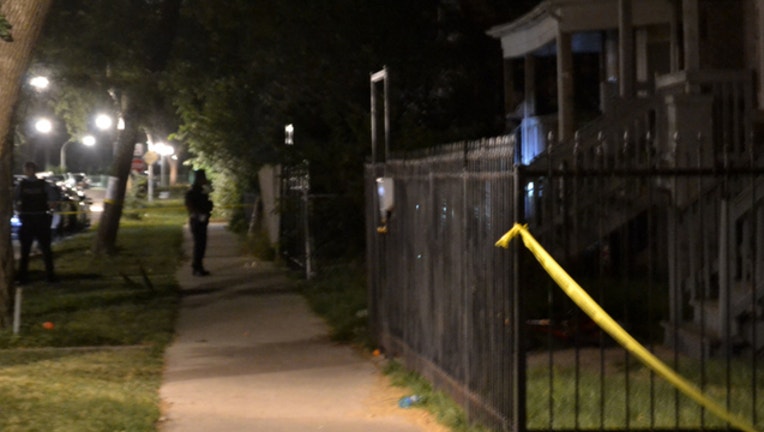 Police investigate a shooting about 8:40 p.m. Tuesday, August 14, 2018 in the 6400 block of South Hermitage Avenue in Chicago. | Justin Jackson/ Sun-Times

CHICAGO (SUN TIMES MEDIA WIRE) - A woman was shot to death Tuesday evening in the West Englewood neighborhood on the South Side.

Estell D. Roberson, 44, was inside a home sitting on a couch when someone outside fired shots through her front door at 8:39 p.m. in the 6400 block of South Hermitage, according to Chicago police and the Cook County Medical Examiner’s Office. She lived in the same neighborhood.

Roberson was shot in the abdomen and was taken to the University of Chicago Medical Center where she was pronounced dead, police said.