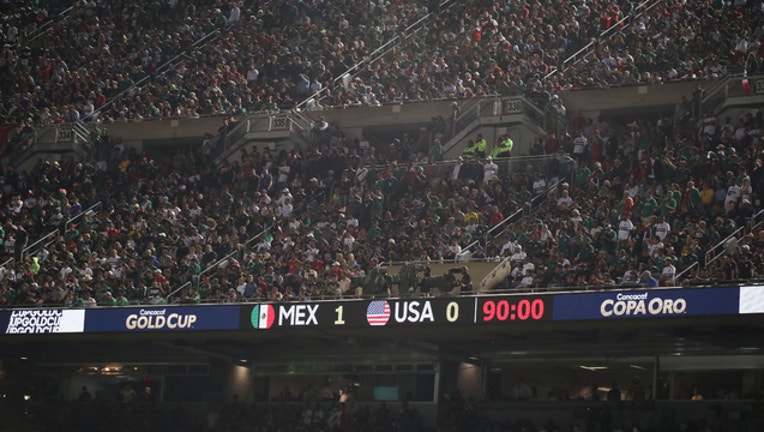 A scoreboard at Soldier Field shows that Mexico beat USA 1-0 in the 2019 CONCACAF Gold Cup Final between Mexico and United States of America at Soldier Field on July 7, 2019 in Chicago, Illinois. (Photo by Matthew Ashton - AMA/Getty Images)

CHICAGO - A woman was hospitalized Sunday after falling 40 feet at Soldier Field as the U.S. and Mexico faced off in the final of the Gold Cup soccer tournament.

About 9:30 p.m., The 23-year-old accidentally fell from an upper level at the stadium, 1410 Museum Campus Dr., while attending the game, Chicago police said.

The woman was taken to Northwestern Memorial Hospital where her condition was stabilized, police said.