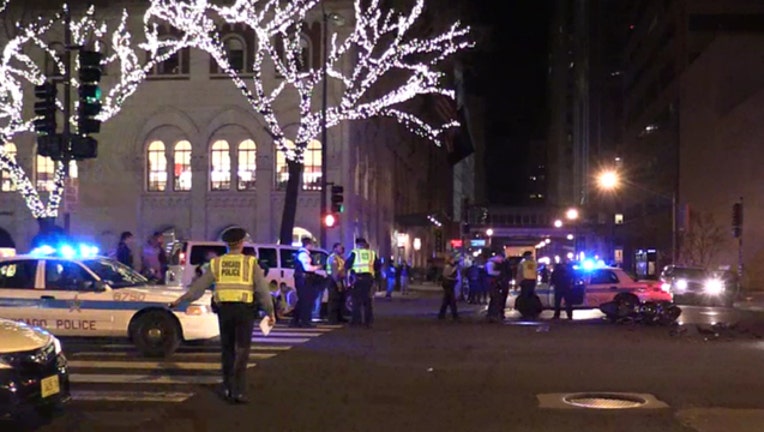 Chicago Police investigate a crash between a motorcycle and a taxi late Tuesday near Michigan and Huron. | Network Video Productions

CHICAGO (SUN TIMES MEDIA WIRE) - A motorcyclist tried to run away after his bike collided with a taxi late Tuesday in a crash that left his passenger injured on the Magnificent Mile.

The motorcycle ran a red light shortly before 11 p.m. and crashed into the taxi in the 700 block of North Michigan Avenue, according to Chicago Police.

The passenger on the bike, a woman thought to be in her 30s, was taken to Northwestern Memorial Hospital, where her condition was stabilized, police said. The driver, a 37-year-old man, tried to run away after the crash, but was apprehended a short time later. The driver of the taxi was not injured.

The man was charged with fleeing and eluding, a red light violation, driving on a suspended license and driving without insurance, police said.