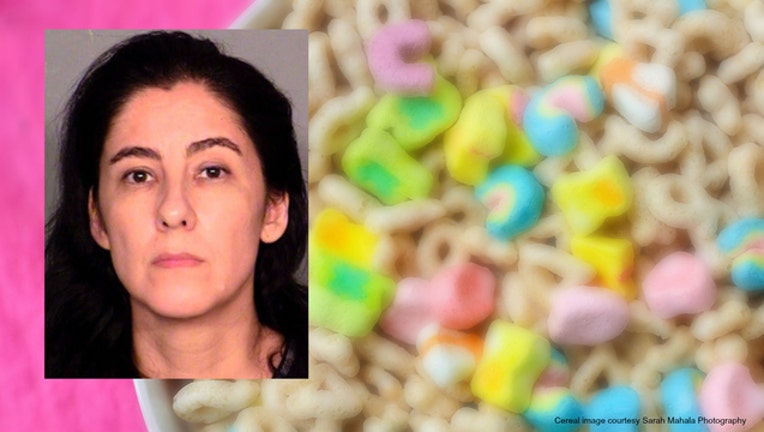 LAS VEGAS (Fox 32 News) - A Nevada woman is on the run after she poisoned her husband's Lucky Charms cereal.

Andrea Heming pleaded guilty to contaminating her husband's food, reported the NY Daily News. Police said that she put boric acid in his cereal, energy drinks and whipped cream. He suffered from diarrhea for months before he realized what was going on.

Police said that Heming admitted to doing it, but said she just wanted to "make him not have an erection."

Heming vanished right before she was going to be sentenced. If caught, she faces up to 15 years in prison.