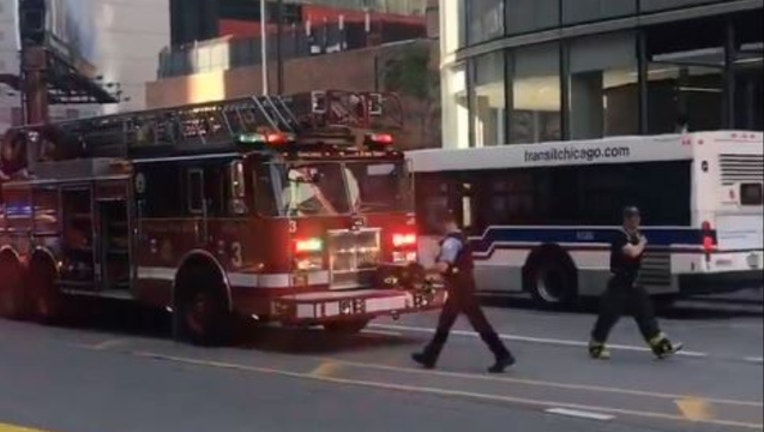 CHICAGO (SUN TIMES MEDIA WIRE) - A woman was pinned under a bus and seriously injured Friday in Streeterville on the Near North Side.

The 57-year-old woman was walking across the street with her daughter about 8:50 a.m. when she was hit by a bus turning and was pinned underneath, according to Chicago police.

The crash happened in the 300 block of East Ontario as the woman went out to get cleaning supplies, police said.

The No. 3 King Drive exited a bus terminal and hit the woman as the bus was turning left from Ontario to southbound Fairbanks, according to Chicago Transit Authority spokesman Jon Kaplan.

Someone at the scene applied a tourniquet, and the Chicago Fire Department arrived and extricated her from under the bus, police said.

She was taken to Northwestern Memorial Hospital, where she was listed in serious but stabilized condition, Chicago Fire Dept. spokesman Larry Merritt said. No other injuries were reported, officials said.

The driver of the bus apparently did not see the woman, and was “shaken” by the woman’s injuries, police said.

The fire department initially listed the woman in critical condition, but upgraded her condition within an hour of the crash.

Investigators with the Chicago Police Major Accidents unit was responding to the scene, police said.