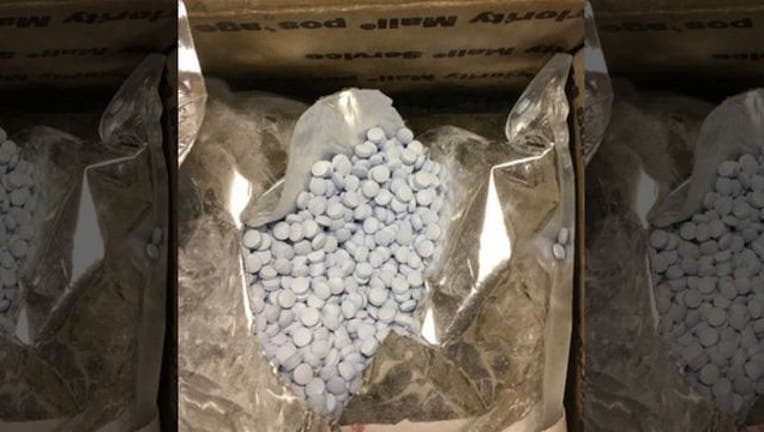 Roughly $400,000 worth of oxycodone pills were delivered to a woman in South Carolina who expected the package to be a yoga mat, reports said. (York County Multijurisdictional Drug Enforcement Unit)

FOX NEWS - A woman in South Carolina called police Saturday afternoon after she reportedly received a large package of illegal drugs in the mail, worth around $400,000, instead of the yoga mat she ordered.

The woman, who chose to remain anonymous, said she was expecting a yoga mat to be delivered that day and was shocked when she was handed the box full of oxycodone pills, WSOC reported.

There were reportedly so many pills in the box that she said they were spilling out of the bag they were packaged in.

After opening the box, she called the police and said she didn’t know who would’ve used her name and address, the Rock Hill Herald said.

The police reportedly seized the drugs and notified the York County Multijurisdictional Drug Enforcement Unit, who have opened an investigation.

Investigators said the box contained two bags with roughly 10,000 pills each, the Herald reported. Each pill is worth around $20 on the street, totaling the entire contents of the box to be worth around $400,000, they said.

Drug unit Commander Marvin Brown said the package was likely meant to be delivered to the woman’s previous address, which she recently moved from and is currently vacant, WSOC reported.