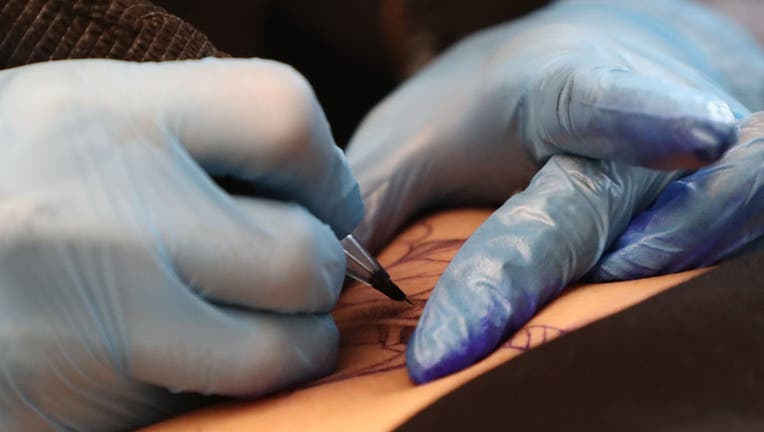 CHICAGO - Talk about a double meaning!

A woman recently revealed an unfortunate tattoo she got right before the coronavirus pandemic hit the U.S. last year.

User @wakaflockafloccar posted a video on TikTok explaining her tattoo, in response to another TikTok user’s question: "What is the dumbest tattoo that you’ve ever gotten."

"OK, I’m just going to go ahead and let you guys know that I won," the woman says at the beginning of the clip.

She then explained that she had wanted to get the tattoo "for a couple of years."

"It basically means like, you know, being true to yourself and real and like not pretending to be something you’re not," she explained, adding that she finally got the tattoo on March 4, 2020 – just days before the coronavirus hit the U.S.

The woman then pulls up her sleeve to show the tattoo, which says: "Courageously and radically refuse to wear a mask."

The clip ends with her giving two thumbs up, with a slightly sad smile.

She captioned the video by saying: "I could NOT have had worse timing."

Since it was posted earlier this week, the video has already been liked more than 455,600 times and, according to the New York Post, it has been viewed more than 1.5 million times."

Many of the commenters agreed that she did "win" the contest for "dumbest tattoo."

Another commenter asked @wakaflockafloccar: "Are you going to get it removed? Do people think you’re an anti-masker? Are you embarrassed of it? I need to know!"

"I wore long sleeves all last year so no one would see it!" @wakaflockafloccar responded. "But I don’t think I’ll get it removed/covered up. It makes for a good story!"