All charges are being dropped against the women arrested during a violent incident at a Chicago mall in May.

CHICAGO - All charges are being dropped against the women arrested during a violent incident at a Chicago mall in May.

Now, at least one of those women plans to file suit against Chicago police.

Mia Wright says she is suing because the viral arrest at Brickyard Mall on May 31 has left her partially blind.

After the incident, Wright was carted off to the emergency room and then jailed, charged with disorderly conduct.

"I can't see out of my right eye, that I deal with every day,” Wright said. “I am not able to drive. I have to get used to doing things that I never had problems with before.” 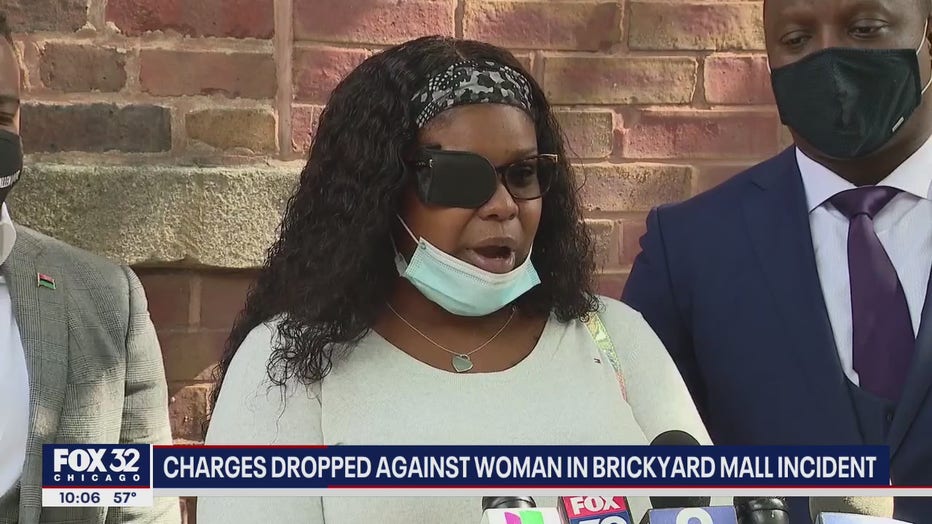 Wright says police used their batons to smash the windows of the car she was in to get everyone out and that is when glass went into her eye.

“I am in school to be an EMT and paramedic. Do they even hire someone that’s partially blind?” Wright said.

There was looting going on at Brickyard Mall that day. Wright and her family believe Chicago police thought they were in the area to loot. They say they were meeting up with other family members to go to Target to get birthday presents when they got turned around in the parking lot. They say police officers never said a word before running up on their car.

Early in the investigation, the officers involved were relieved of their powers.

Wright’s attorney says the officers should not be above the law.

“Seeing those two officers run up and surround the car, smash windows and swearing. If anyone did that and wasn’t a police officer, [they’d be in jail.] There shouldn’t be one standard for police officers and another for every day citizens,” said Wright’s attorney, Nenye Uche.

Wright has filed a civil suit against the city.