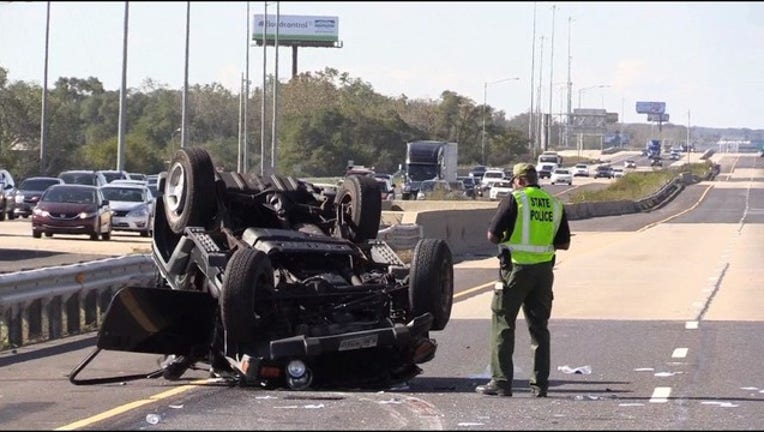 A woman was injured in a rollover crash Saturday morning on I-57 in Posen. | Network Video Productions

CHICAGO (STMW) - A woman was severely injured after a rollover crash on I-57 in south suburban Posen Saturday morning.

The 37-year-old woman was driving an SUV in the southbound lanes of I-57 near 147th Street at 8:47 a.m. when the vehicle rolled over, according to Illinois State Police. She was the only person in the vehicle.

The woman was taken to Advocate Christ Medical Center in Oak Lawn with severe but non-life-threatening injuries, state police said.

The cause of the crash remains under investigation, but alcohol did not appear to be a factor, state police said. Lanes were closed for investigation after the crash but had been reopened by noon.