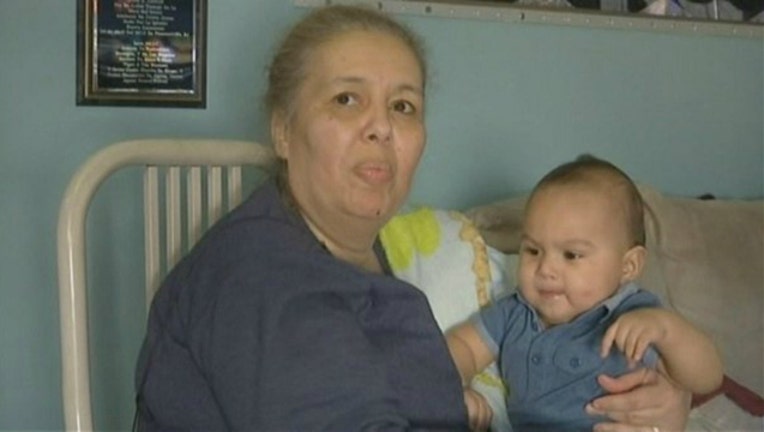 PLEASANTVILLE, N.J. (AP) - A New Jersey woman is recovering after she was shot in the foot by a stray bullet while she was holding her 8-month-old grandson.

Olga Ceron was laying with the baby on the couch in her Pleasantville home when the bullet went through the wall and struck her Wednesday afternoon.

Ceron tells The Press of Atlantic City she felt something hit her hard and she went on the floor with the child. Ceron says her wound is sore.

A preliminary investigation indicates there may have been an exchange of gunfire between someone in a vehicle and a pedestrian.