CHICAGO (Sun-Times Media Wire) - Authorities have released the name of a woman who was shot to death after being confronted about shoplifting Wednesday at a Walgreens on the Northwest Side.

A man showed up with a gun at 11:30 p.m. Wednesday and started tussling with Varnado, Chicago police and the medical examiner's office said. After she fell to the ground, he shot her in the face.

The 33-year-old man picked up the single shell casing and drove off from the store, located at 4817 W. Fullerton Ave., according to a police source. Varnado had been carrying a t-shirt and five boxes of leggings.

Paramedics performed CPR while taking her to Mount Sinai Hospital, where she was pronounced dead, police said.

Detectives have identified the gunman and police have been in contact with a representative on his behalf, but he remains at large Friday afternoon, police said. He was seen wearing a red hooded sweatshirt and dark jeans before he drove off in a dark-colored SUV.

While the former guard and woman were fighting, he pulled out a gun and fired a single shot, which entered through her forehead, a police source said.

Unconfirmed radio reports initially indicated that the shooter may have identified himself as a police officer. But Guglielmi said the shooting "did not involve any law enforcement officer or agents."

A police source said the alleged gunman has been arrested before on charges of impersonating a government official. The suspect lives two blocks from the store and once worked for Monterrey Security, the Chicago Tribune reported.

County records show Varnado has an arrest history including shoplifting.

A Walgreens spokesman wrote in a statement: "We are committed to providing a safe environment for our employees, patients and customers in the communities we serve." The company referred questions about the shooting to police.

An autopsy released Thursday confirmed Varnado died of a gunshot wound to her face, the Cook County medical examiner's office said. Her death was ruled a homicide. 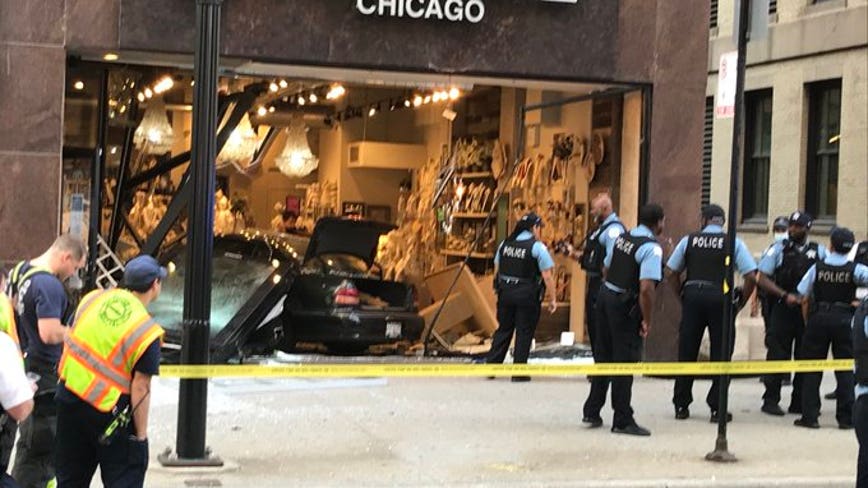