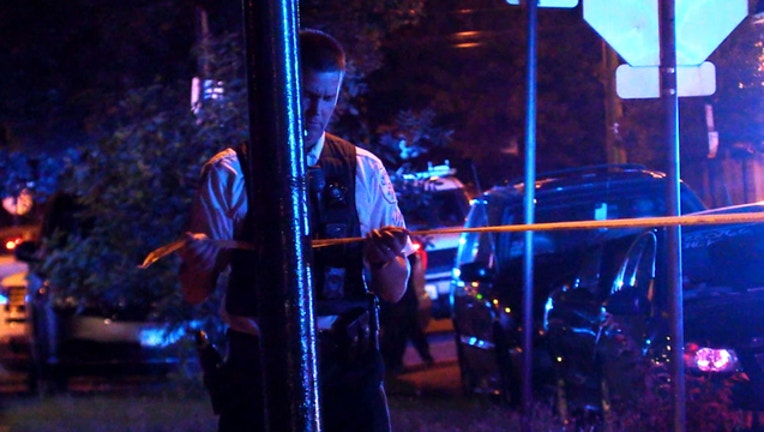 Chicago police investigate the scene of a shooting Thursday morning, in the 4700 block of South Keating Ave. | Justin Jackson/Sun-Times

CHICAGO (SUN TIMES MEDIA WIRE) - A 29-year-old woman was shot Thursday in Archer Heights on the Southwest Side.

The woman was walking about 1:20 a.m. in the 4700 block of South Keating Avenue when someone in a dark colored Toyota Camry opened fire, Chicago police said.

The woman was shot in the buttocks and taken to Mt. Sinai Hospital, where her condition was stabilized, police said.

No one is in custody as Area Central detectives investigates.