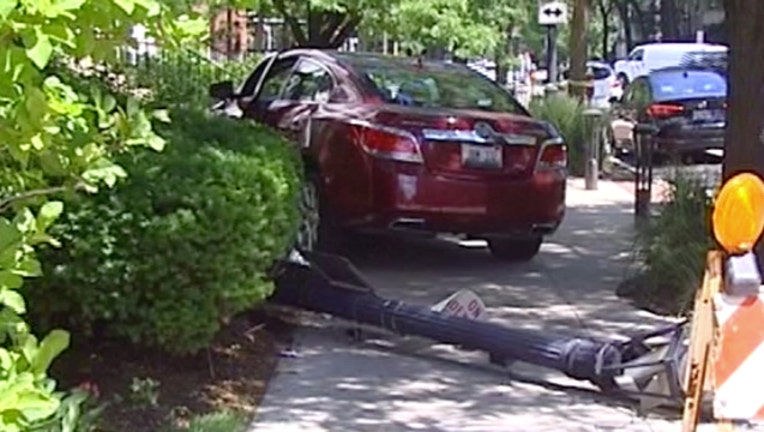 An 89-year-old driver struck a light pole and injured a woman on the sidewalk in Evanston Wednesday afternoon. | NVP News

EVANSTON (Sun-Times Media Wire) - A 59-year-old Morton Grove woman was injured when she was struck by a vehicle Wednesday in north suburban Evanston.

The woman was walking about 1:30 p.m. on the sidewalk along Church Street near Chicago Avenue when she was struck, Evanston police said.

An 89-year-old Evanston man was driving eastbound on Church Street toward Chicago Avenue when he swerved to avoid another vehicle and jumped the curb, police said. The vehicle also struck a city light pole.

The woman was taken to Evanston Hospital with a facial injury that was not life-threatening, and was listed in good condition, police said.

The driver and a female passenger were not injured, police said. The driver was cited for failure to reduce speed to avoid an accident, and damage to city property.