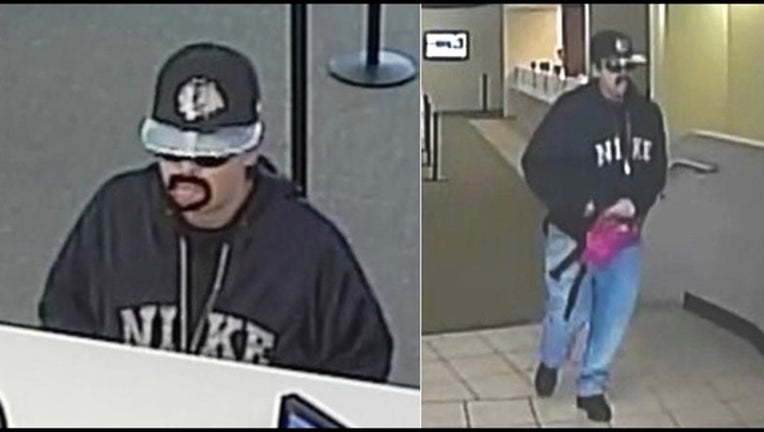 CHICAGO (STMW) - A woman wearing a fake mustache robbed a bank Wednesday afternoon in the West Side Austin neighborhood.

The woman walked into the U.S. Bank branch at 6700 W. North Ave. about 1:50 p.m. and handed the teller a note demanding money, according to Chicago Police and the FBI.

She implied she had a weapon, but did not show one, police said. The teller complied, and the woman ran off with an undisclosed amount of cash.

The suspect is described as a Hispanic woman in her early to mid 20s with a large build, according to the FBI. She was wearing a fake mustache, dark Nike sweatshirt, black and silver Blackhawks hat and sunglasses.