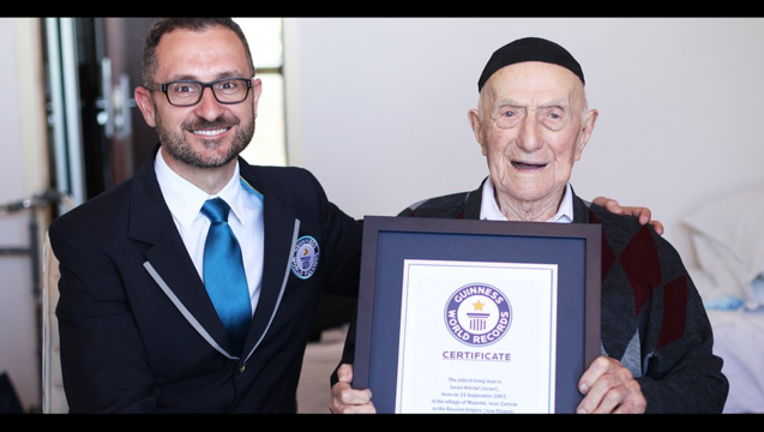 Congratulations to this fine, young gent! Mr. Israel Kristal has been crowned the world's oldest living man, by Guinness World Records. He's a fascinating 112 years and 178 days old, as of March 11!

Mr. Kristal is a Holocaust survivor and was born in Poland on September 15, 1903 and has lived through both World Wars and survived the Nazi war camp, Auschwitz. He eventually relocated to Israel.

Look how adorable and happy he is!