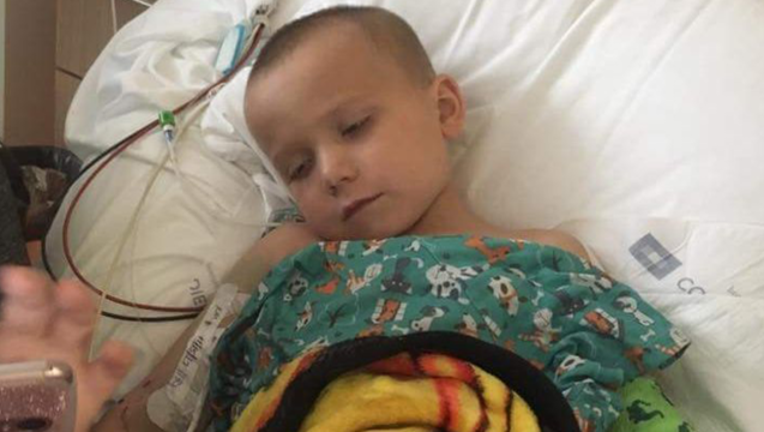 SUTHERLAND SPRINGS, Texas - A young boy who survived the Sutherland Springs shooting is hoping strangers will help him celebrate Christmas while he’s still recovering in the hospital.

5-year-old Ryland Ward was shot five times when a gunman entered First Baptist Church of Sutherland Springs and killed 26 people. His stepmother and his three sisters were also shot during the massacre. Only one of his sisters survived.

"They still haven't told him yet that his mom and sisters are dead,” Ryland’s grandmother, Sandy Ward, told KSAT-TV. “But I'm sure he's kind of getting some kind of idea because he's 5."

Ryland was supposed to be out of the hospital by Christmas but a slow recovery has forced him to extend his stay at the hospital. Despite that, one thing that has kept Ryland’s spirit up is Christmas cards from strangers.

“You got so many nice people that are sending a card and a dollar to Ryland," Sandy said. “He does really enjoy that a lot."

The Ward family is asking anyone that would like to help Ryland celebrate Christmas to send him a card with a dollar. Ryland is trying to save money to buy a Go-Cart. He also enjoys seeing pictures of other kids and their pets.

People are being asked to send the Christmas cards to the following address: