There have been many highlights in Coach Mike Bailey’s time at St. Patrick’s, but most recently, one brought players of past and present to the same gym to celebrate. A 600th career win.

CHICAGO - There are two names that are synonymous with St. Patrick’s high school basketball - Max Kurland and Mike Bailey.

Coach Kurland coached the Shamrocks for 35 seasons, then Coach Bailey became head coach in 1994, and keeping with tradition, is enjoying his own legacy.

"The day I was named basketball coach at St. Pat’s, to follow a legend like Coach Kurland both on and off the court here at St. Pat’s, that’s been the highlight of my career right here," Bailey said.

There have been many highlights in Bailey’s time at St. Patrick’s, but most recently, one brought players of past and present to the same gym to celebrate. A 600th career win.

"It was a very good win, there were a lot of basketball players, I was so hype, when we poured the bucket of water on him, I was right behind him, it was a very good night," said St. Pat’s senior Sergio Rivera. 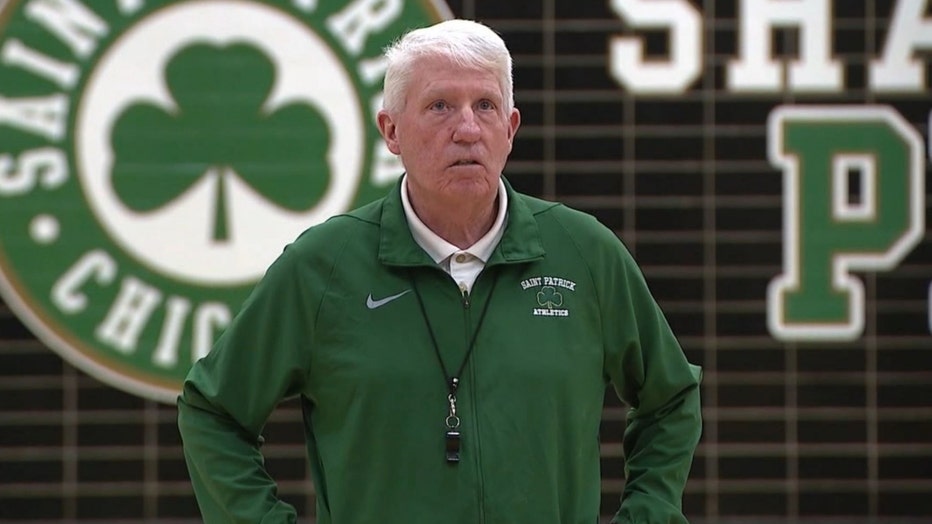 A 10-point victory over Marist will go down in the books as win 600, but it tells a much bigger story.

"Coach Bailey is a really fun and energetic coach. He’s really tough on you, he’d probably kick you out of practice one day and buy you lunch the next. He’s a great unique coach and it’s great having him coach me these past four years," said senior Timaris Brown.

"Knowing him since second grade, he’s always wanting me to go at it at every practice. Not only on the court but that helped me in person and that helped me push further in classes and anything I do," added senior Nico Soriano.

The accomplishments are sure to continue for Bailey, and his keys to success are simple. 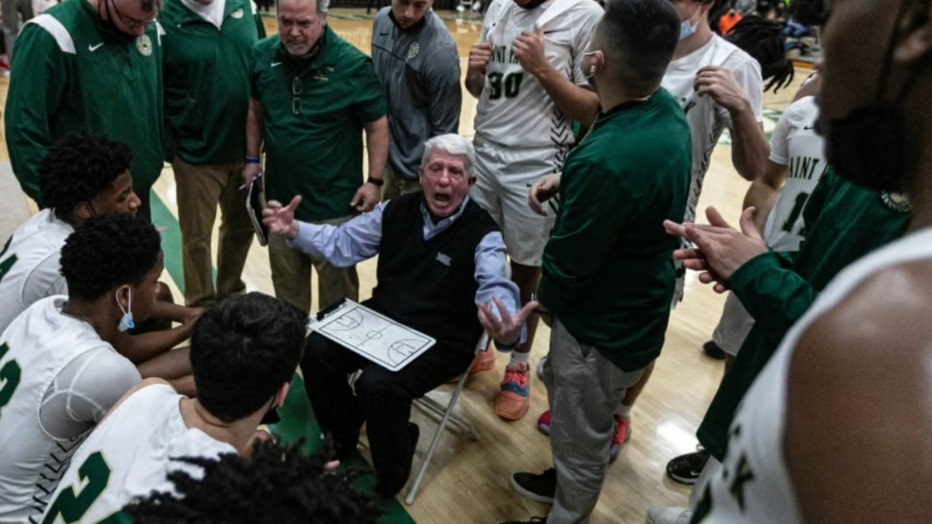 "Surround yourself with good people. My family, we’ve had eleven assistant coaches go on and become head basketball coaches in the high school and Chicagoland area," said Bailey.

"Then most importantly, players. Get the guys who check their ego at the door and really understand that before you can stand out, you have to learn how to fit in. Our school has been able to track those types of students and our basketball program has too."

With 600 in the books, the next goal is right around the corner.

"We have a goal, 601, see if we can get Marian Catholic in the semifinals Friday and just take it game by game."

"The season’s been good, but it’s just getting started," said senior Jack Doelger.